The fire raging in the natural Park of Yakutia “Lena pillars” 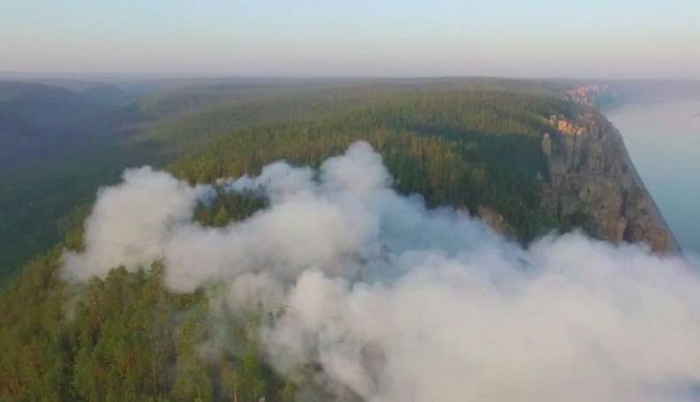 The area of forest fire in the nature Park “Lena pillars” in Yakutia, which was registered on June 30, on the area of 175 hectares, increased to 400 ha. this was reported in the Department of forest relations of the Republic.

In extinguishing the fire involved more than 150 people and two vehicles. To extinguish the fire were involved in the plane MOE be-200.

Since the beginning of fire season this is the third fire on the territory of natural Park “Lena pillars”, which is recognized as intangible heritage by UNESCO. The total area damaged by fire, amounted to 1.1 thousand hectares.