The fires in Tennessee have claimed the lives of 13 people 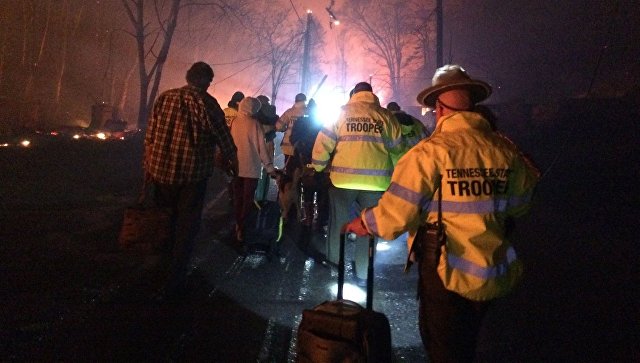 The death toll as a result of the natural fires which extended in the American State of Tennessee increased to 13 people.

Earlier it was reported that 11 people became the victims of the fires.

As the head of administration of the district Sevi Larry Waters declared, nearly one thousand houses are destroyed as a result of the fires. According to the agency, on Friday locals began to return to the resort which was affected by the fires Gatlinberg.

Within several weeks the fires rage in states Tennessee, Georgia and Northern Carolina. Distribution of the fires is promoted by a drought in the southern states. According to the experts, dropped out lately there will be not enough rainfall to stop elements.

The state of emergency mode provides temporary cancellation of some provisions of the legislation of the state and is directed to more effective help to victims of elements. Within state of emergency it is also forbidden to raise the prices of a number of goods and services, including of food, building materials and fuel.