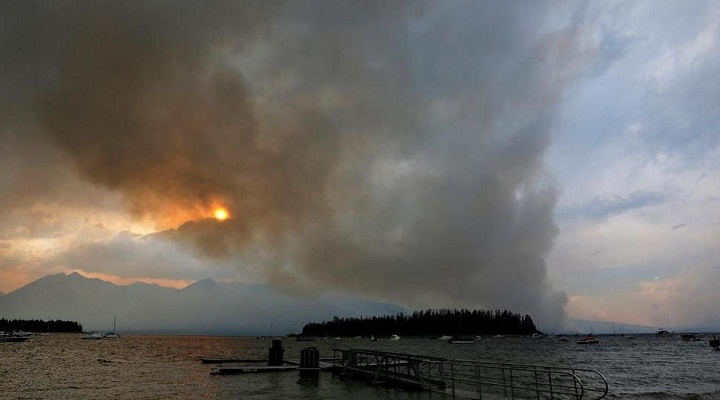 Forest fires blazing on the territory of Yellowstone, led the authorities of Wyoming to close the southern entrance to the Park and the main road connecting the reserve with the Northern boundaries of the nearby national Park “Grand Teton”. The order of closure was issued at the beginning of the week and remains in force as of Thursday August 25.

Such an unpopular measure at the peak of the summer tourist season associated with active burning trees and heavy smoke along the route of Highway 89. The fire of the volcano began on 8 August with a lightning strike and to date has destroyed about 10 926 hectares of vegetation.

The largest fire area of 54 sq. km is situated between the communities of West Yellowstone and Madison junction in Montana. Fire engulfed the campground and facilities staff. In addition to the South gate to the Park closed Hiking trails, campsites and hotels near the burning trees on the territory of “Grand Teton”.

The remaining four entrances to Yellowstone are open, however, the fires occur only 6 km from the popular West gate near West Yellowstone. According to firefighters, they are absolutely sure that you will be able to prevent the fire on the way between this entrance and Old Faithful geyser.