The flood after a rainstorm in Novocherkassk 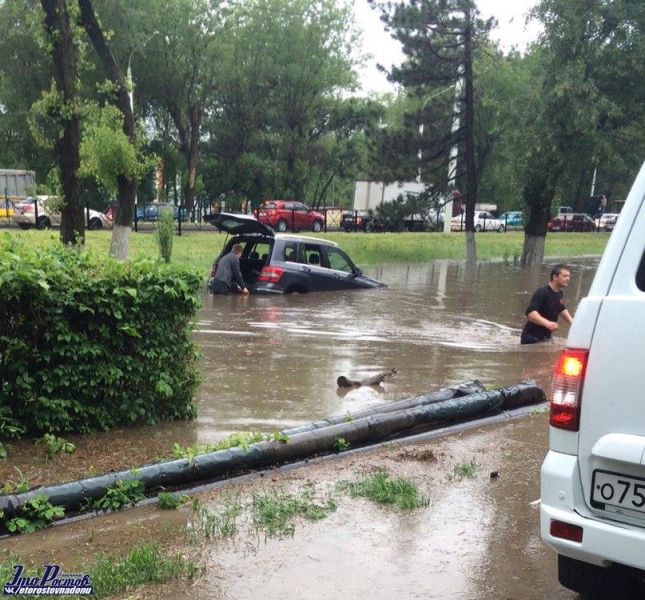 As a result of heavy downpour the roads were flooded on the streets and avenues of Novocherkassk (Rostov region). In many streets the water was waist-deep. Some of the cars were drowned on the hood, and a few even needed the help of a tow truck.

The storm drains are unable to cope with the elements, for example, Baklanovskiy Prospekt livnestok was clogged with debris. As noted on the official website of the city administration, Deputy head of the city Administration Larisa Konyushevskaya said that the work on cleaning storm sewer began immediately. Soon his work will be fully restored.