The flood in Croatia 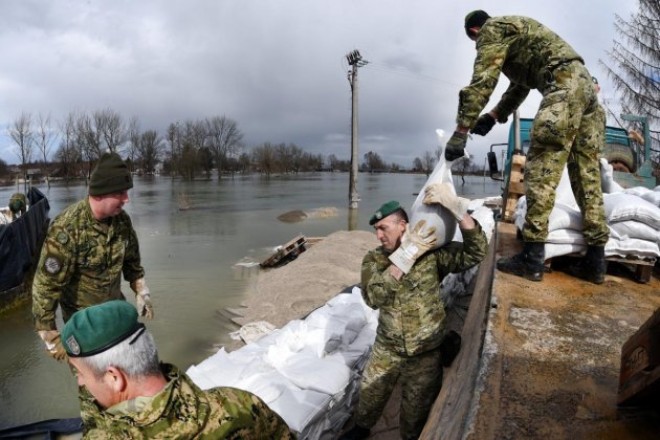 Snowmelt and rain over the past few days have caused floods and landslides in Croatia.

According to the State Service of Protection and Rescue of Croatia, as a result of the landslide in the town of Hrvatska Kostajnica in the town of Sisachko-Moslavačka, six houses were destroyed, several more damaged. The dead were not reported.

As of March 13, several rivers were at the red warning level (the highest of the five existing ones), including Unu in the town of Hrvatska Kostajnica, streets and houses were flooded.

The Koran River in Karlovac is on the red mark since March 13, its level has risen to 7.81 m.

The authorities also said that the level of the Sava River is worrying, in particular, in Jasenovac, where it climbed to 8.54 m, in connection with which an orange warning was announced.

In the works on creation of temporary protection against floods and evacuation of the population in those regions where it is necessary, servicemen and workers of the Red Cross of Croatia

It is expected that the precipitation will continue for a week and may increase over the weekend from March 17 to 18.