The flood in Krasnodar region 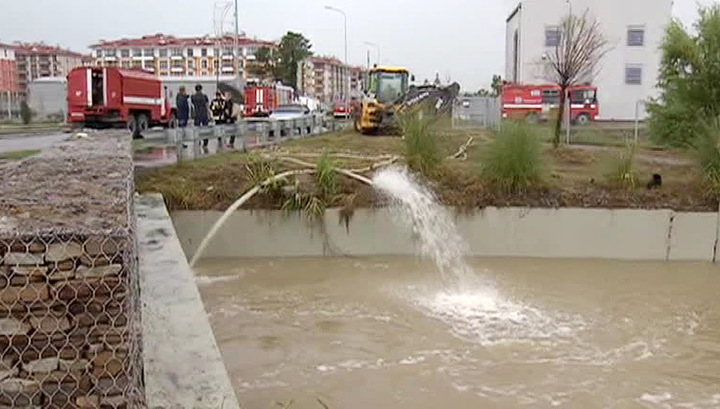 In Krasnodar territory torrential rains have damaged the supports of a road bridge on the highway Dzhubga — Sochi, with the result that the traffic is closed until the morning of 5 June.

About this informed the head of press service of main Department of internal Affairs across Krasnodar territory Maria Pirogova. According to her, the problem is trying to solve, by organizing the reverse motion on the touch strip, which is less affected by water.

The main impact of elements occurred in Lazarevsky district.

Two villages in the area — and Hanabi Marino — were left without electricity as a result of the landslide. Partial flooding of houses due to the flood of the Creek, Nagesh happened in the village of Kirova in Sochi.