The flood in Primorye, killing the employees of the Russian emergencies Ministry 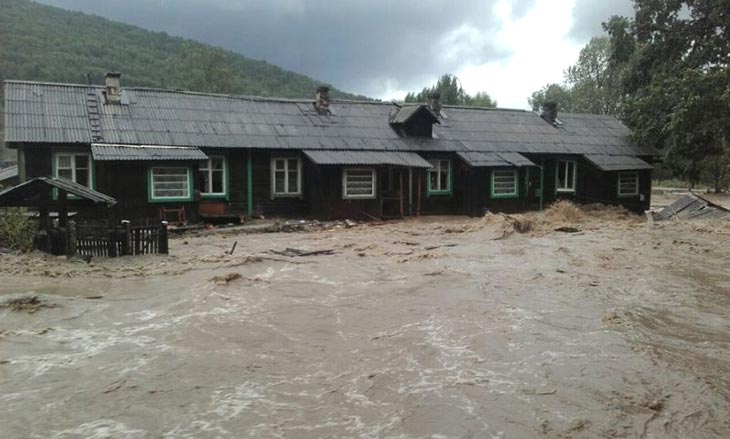 In Chuguevsky district of the Primorye territory the tragedy occurred. In pavlovk’s village of the drowned official KAMAZ MOE. According to local residents, in the cab of the truck were three people. According to preliminary information, there are victims who failed to escape from the cockpit.

Emergency officer working in the area of the incident, said the tragedy killed the chief of GU Ministry of emergency situations in Primorsky Krai Oleg Fedora. Official confirmation at the moment.

According to preliminary information, Oleg Fedora was the eldest of the machine, heading in the direction of Noisy village. Before the bridge in the village of Pavlivka, he gave the order to bypass the bridge across the flooded river. When making maneuver the flow of water washed away heavy machineo different data, sank from two to five people.

“Those who sat in the back escaped the Colonel and the officer of the Ministry who were in the cabin, drowned,” says an eyewitness. KamAZ is still under the bridge, dead is not pulled out.”

While Oleg Fedora is missing. SU RF IC in the Primorsky territory reported that the scene left the investigators, investigated all the circumstances of the incident, the search for the victim continues. About the other victims are not reported.

Due to flooding in the Primorsky Krai imposed a state of emergency at the Federal level.

According to the Department of civil protection of Primorsky Krai, on the morning of 2 September after Typhoon Lionrock” 2,5 flooded thousands of homes and over 500 houses adjoining areas, 23 damaged road section length of almost 27 kilometres, destroyed 9 bridges, cut off the remaining 17 communities in six districts of the region, not linked to the 11 settlements in 4 municipalities. Remain without electricity residents of 12 localities in Primorsky region, reports the regional administration.

Evacuated still 445 people in five districts of the region, of which 284 are placed in PVR. Earlier it was reported about 800 evacuees.

Residents of the Mill village of Krasnoarmeisky district evacuated to temporary accommodation. Part of the settlement was impounded as a result of erosion of shore facilities.

As reported in the Department of civil protection of Primorsky Krai, in the early morning of September 2 there was a partial destruction of the earthen mound on the banks of the river Great Ussurka in the village Mill. The river divides the town in half, a blur of about 30 meters of shore protection structures, the result was flooded half the private farms of about 150 homes.

On the rivers of the Ussuri urban district marked decline of water levels, including in the area of bridges on the road Korsakovka-Krounovka

The roads Anuchino-Muraviika-Rawhide and Arsenyev–Shelaeva is only heavy trucks, Cut off remains of the village of Yasnaya Polyana, Yurovka, Grodekovo, yelovka and Muraviika, in connection with which the school year begins later for the 64 schools of the district. On the site there are 11 people and 6 pieces of equipment.

In Dalnerechensky district carried out emergency work to restore electricity supply in villages, the Roads, Ariadne and Paige, more than a thousand people remain without electricity. The emergency works involved 20 specialistov and six vehicles.

In the Kavalerovsky district in four days fell to 224 mm of rain, the water level in the rivers rose up to three meters. There is no transport connection with neighboring Chuguevsky area due to the blurring road. Hampered travel in Vysokogorsk, which flooded almost all houses, partial flooding was observed in five villages of the district.

Cut off from the district center and the Japan sea coast, destroyed the bridges leading to the villages of Suvorovo and Crystal, damaged 12 bridges on local roads. Missing from Vysokogorsky, Suvorovo and Ustinovsky settlement. No electricity supply in nine towns of the district.

Five of the 12 preschools Kavalerovo closed, the others are in degraded mode. In the temporary accommodation Kavalerovo are locals, and people from Vysokogorsk, Findings and Krasnoyarsk.

Restored electricity in the villages of Pokrovka, Roshchino, Lemongrass, Vostretsovo, Deep, Honcharivka Krasnoarmeisky district. Remain without electricity, the villagers Tabarova, it employs a team of electricians. No transport to the village Mill, the rise of water in rivers is carried out.

In Lazovsky district is still closed the passage to the Transfiguration, cut off from the real world are more than nine thousand people in four villages. Blurred the approaches to the bridge on the 52 kilometer road Lazo Reserve, excavate, there’s no traffic. Transformer substation in the area of flooding were not included. Employs 10 people and 5 vehicles.

In Partizansky district interrupted traffic between the villages Sergeevka and Monakino, work is underway to restore the bridge. In many areas, there are overflows of water across the road, a few fallen trees blocked the Lazovsky pass

In the Yakovlevsky district of the collapsed bridge on the road Nikolo-Mikhaylovka-Lake-Beltsova, to travel put of the pipe. There is no travel on the eagles.

In the Khasan district no message with seaside towns, and Zarubino Khasan village Tsukanovo. The temporary accommodation is ready in schools Zarubino, Barabash and the seaside.

In Dalnegorsk the water went down. The rise in the rivers has reached three meters, some streets disconnected from the power supply in the village krasnorechenskoe due to poor quality off flow of cold water, no communication with the villages Serzhantovo, Kamenka, Rudnaya Pristan’. Closed transport links by road Rudnaya Pristan is Terney. The rise of water in rivers reaches three meters. In the aftermath of the elements involved 20 people and 6 units of equipment. The temporary shelters opened in DC Chemist. 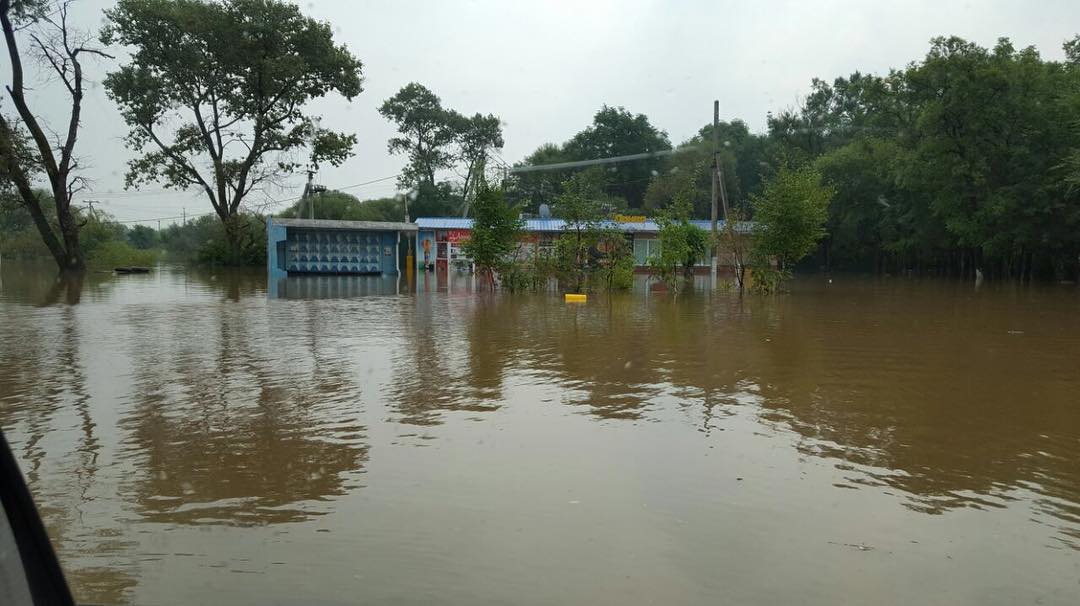 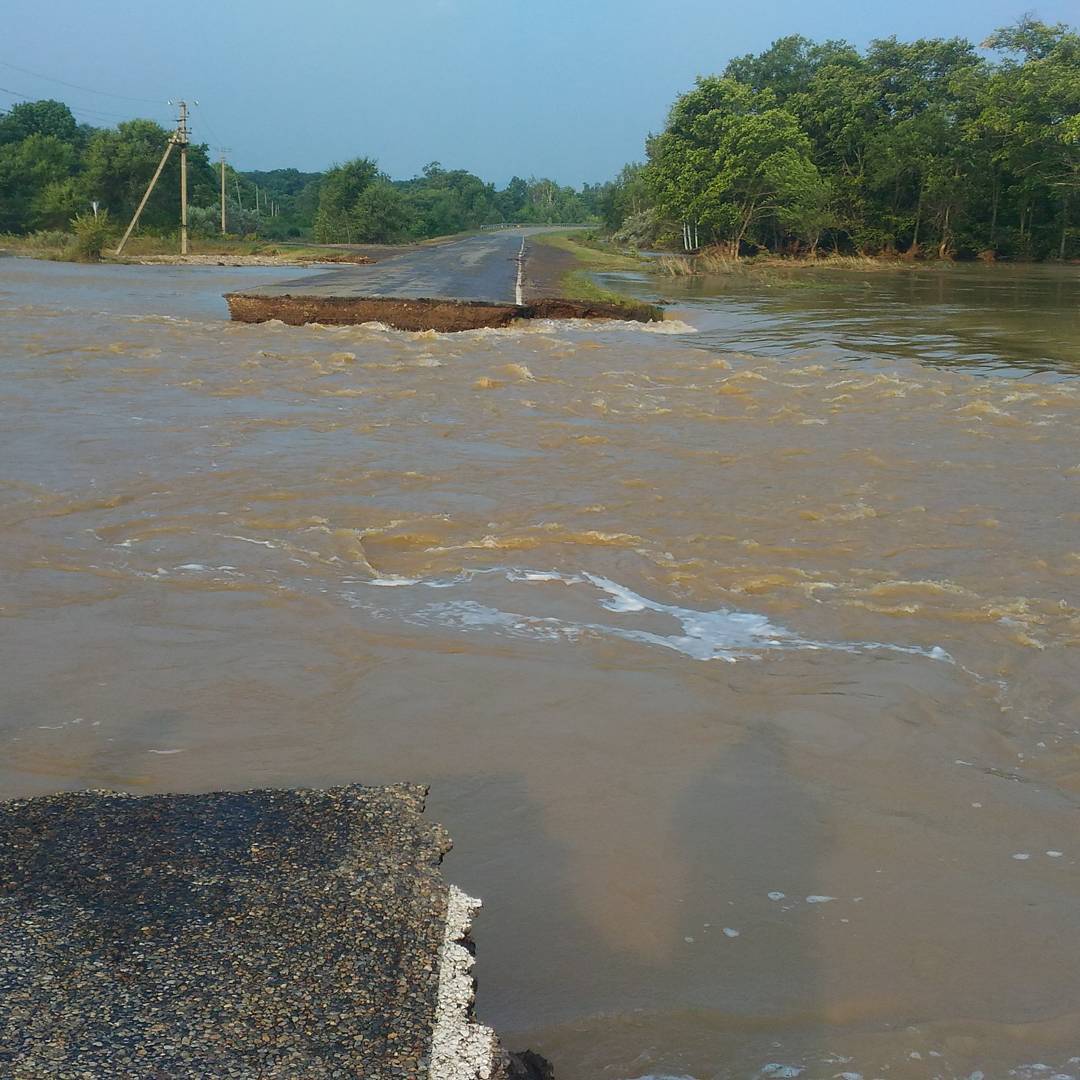 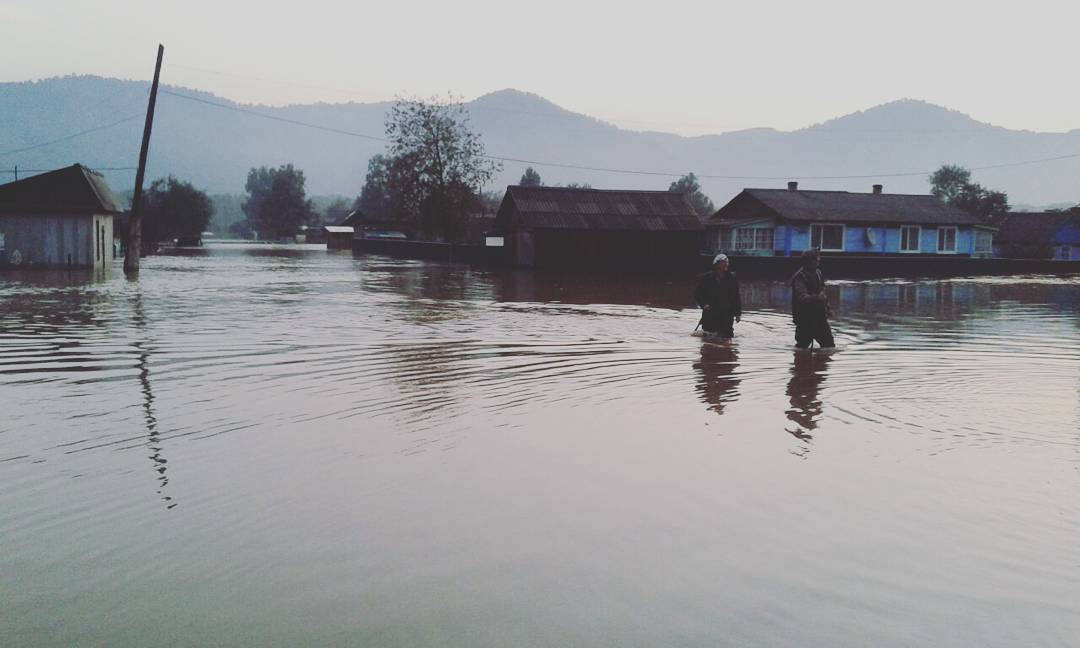 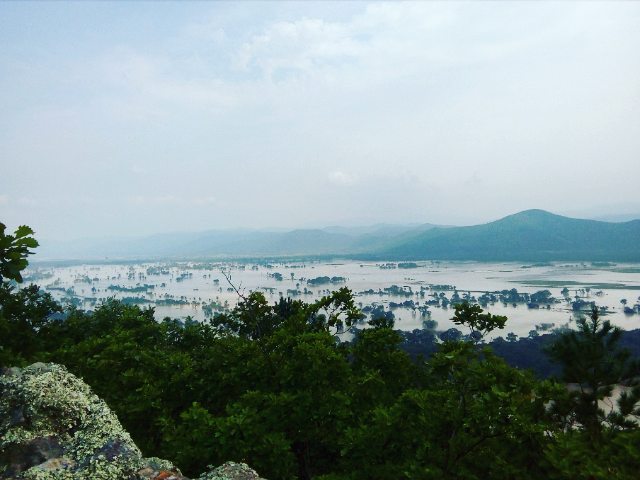 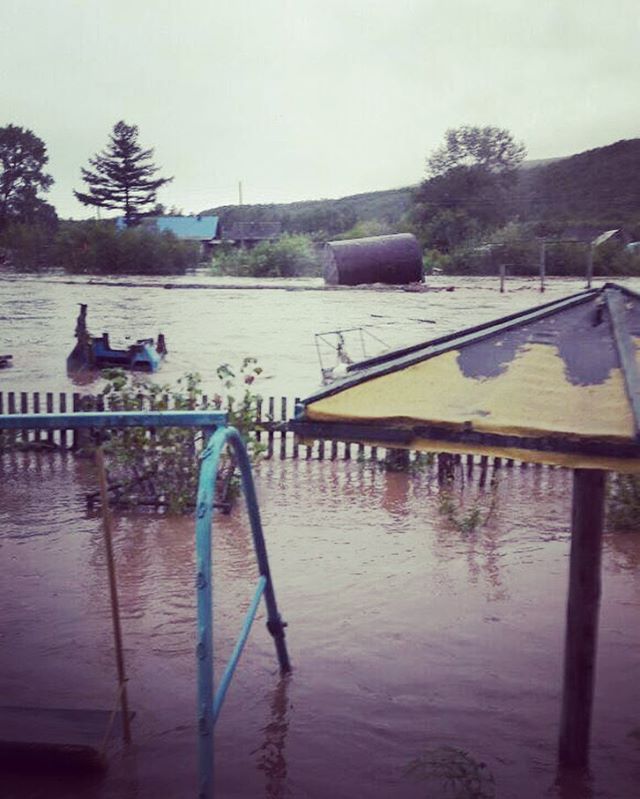 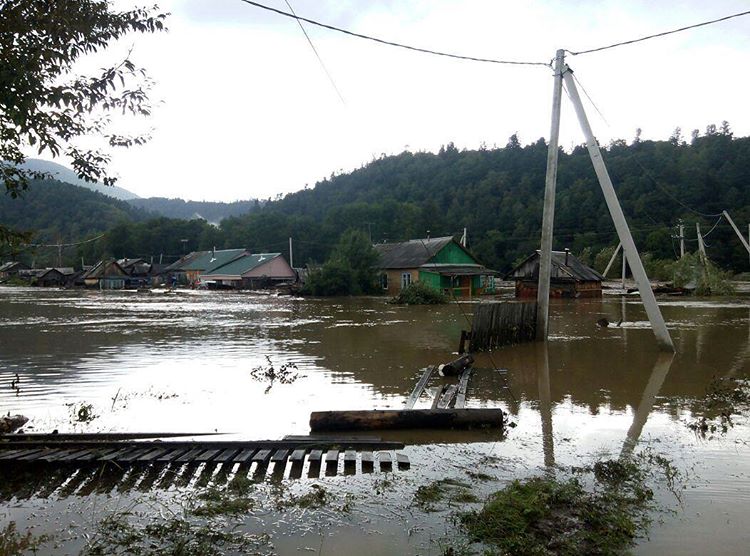 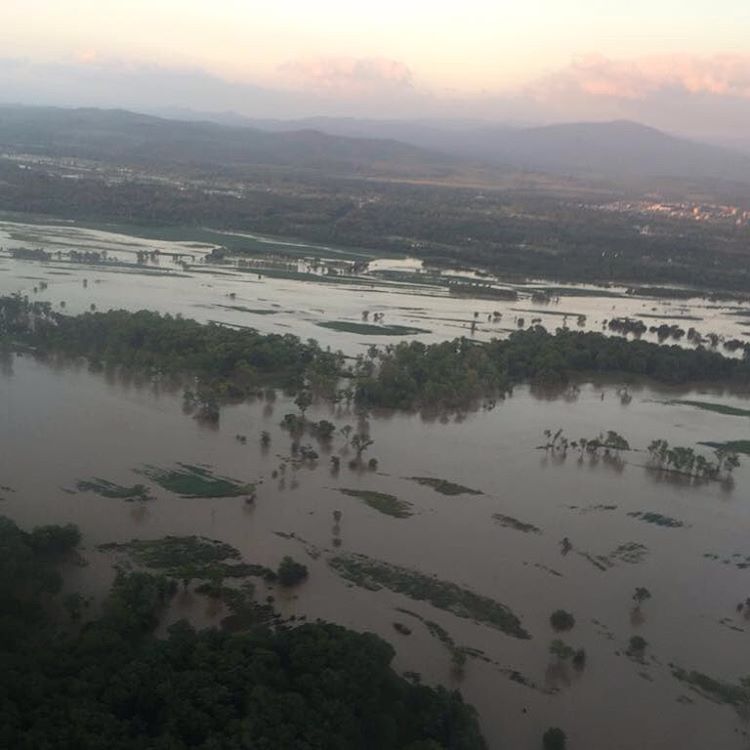 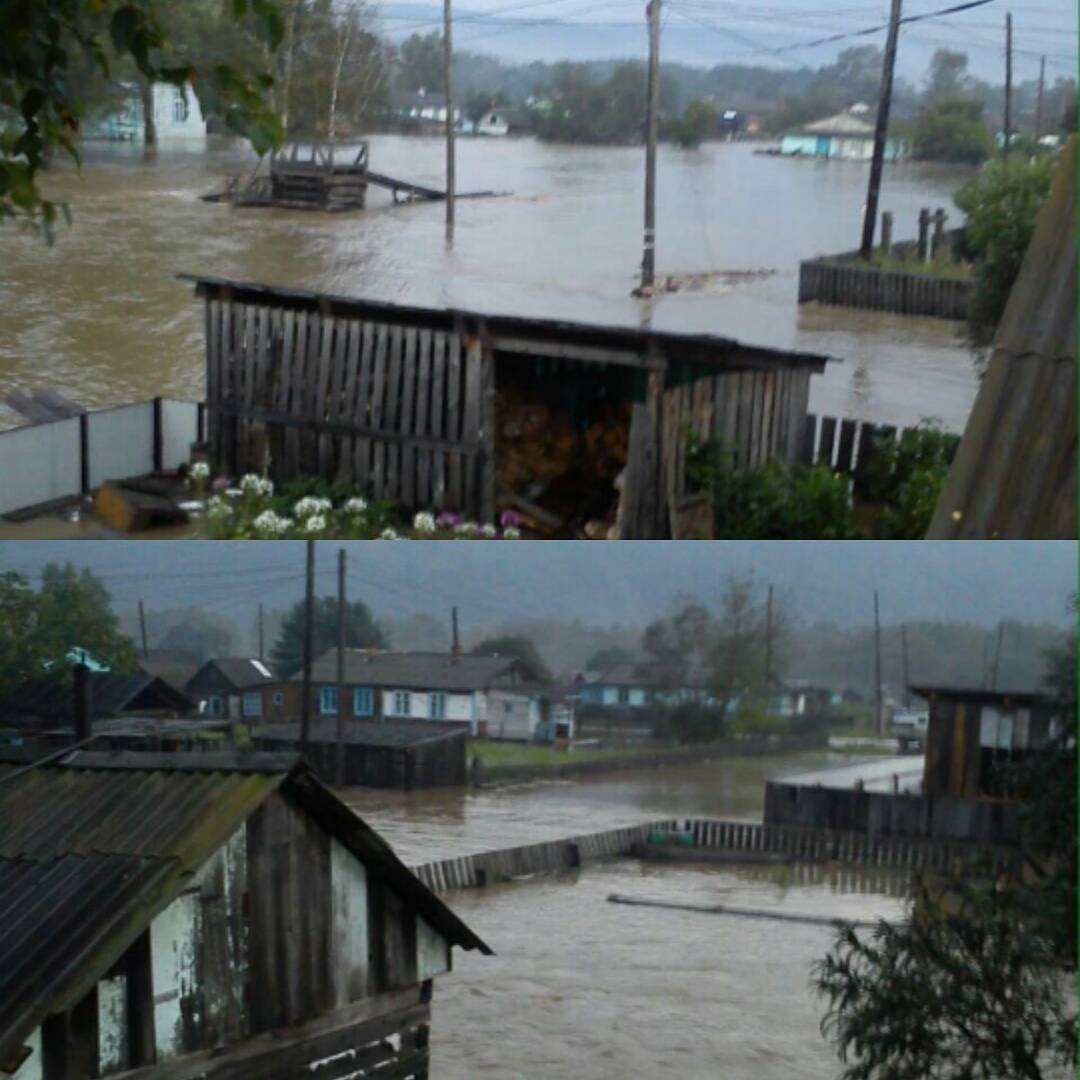 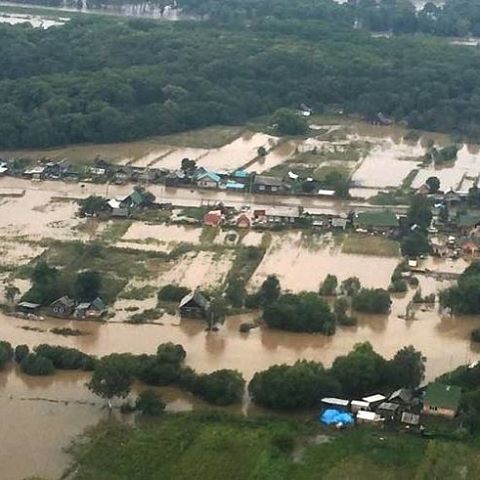 In the village Mnogoudobnoe Shkotovsky district are working to repair the bridge, cleared access roads, travel is on all roads

In chuguyivske district disrupted road links with 7 villages. Noisy village flooded by 80%, there are houses flooded under the roof. 300 people evacuated and accommodated in the TACs in the local school.

Was cut off from the outside world, the villagers of the Lower Meadows, there is a blocked search rescue team with a boat.

In the Mikhailovsky area of the flooded road to the village Green Yar. No going near the railway bridge in the village, the place has 9 units.

In Terneisky district, interrupted transport links with the village of Amgu, washed away two wooden bridges, closed the road on the Ore Dock. Flooded village Bright and Particia. There is no light and communication in the villages Plastun, Terney, Bright. People evacuated by helicopters of the emergencies Ministry. In the aftermath of involving more than 30 people and three pieces of equipment. In Terney deployed PVR 500.

In the Olga neighborhood for four days fell more than 175 mm of rain. Disconnected the power supply in all settlements of the district are cut off with 10 settlements. In the villages, Sailor, Fisherman and Margaritovo observed increase in water level rise is more than 2.5 meters. Damaged two bridges. Inundated 20 hectares of farmland with crops of corn. On liquidation of consequences employs 80 professionals and 30 pieces of equipment.