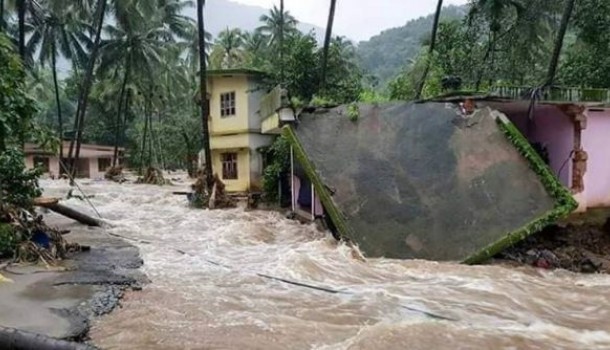 Inhabitants of the Indian state of Kerala are experiencing the worst floods in a century that has resulted in hundreds of victims, the evacuation of almost a million people and the destruction of houses. August 8, 2018 in the region began heavy rains, there is also the assumption that the flood was exacerbated due to discharges at the dams.

The OLI tool on NASA’s Landsat 8 satellite took a picture at the top on February 6, 2018, before the flood. ESA satellite Sentinel-2 took a picture below on August 22, 2018, after the region was flooded. The images are made in false colors, because of which the water is dark blue, and the vegetation is bright green. 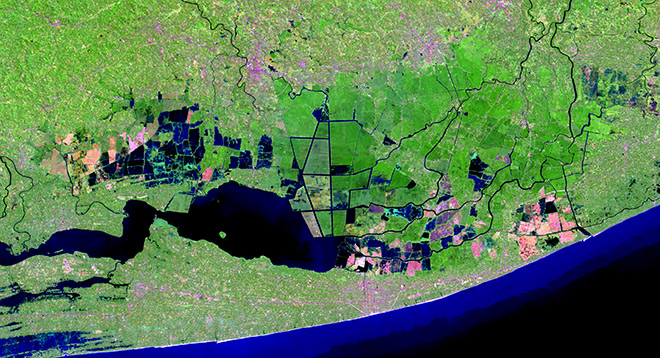 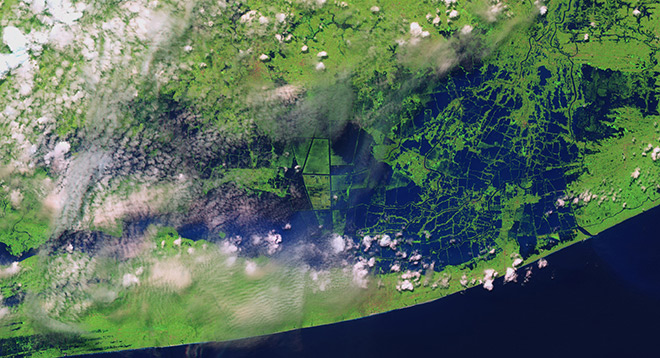 Several rivers across the region came out of the shores. The water from the Karuvannur River passed through 40 villages and washed away a 2.2-kilometer piece of land that connects two national highways. The rise in the water level in the Periyar River led to the evacuation of thousands of people.

Kochi Airport remains closed due to flooding inside the building. The level of water in reservoirs and the level of precipitation has now declined, the meteorological office of India has removed the “red” level of anxiety in 14 districts.