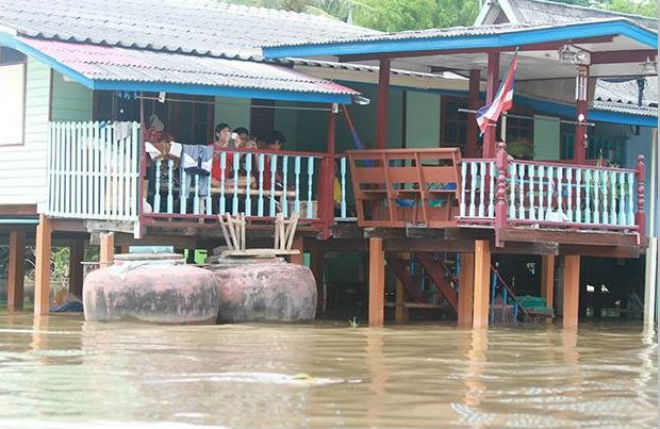 Floods caused by torrential rains affected 14 provinces of Thailand. The victims of the disaster were at least three people. Flooded vast areas of farmland and thousands of homes.

All three deaths have been registered in Nakhon Sawan. In many areas, the rains do not subside within two weeks. Serious flooding occurs in the province of Ayutthaya, where the water was 22 thousand houses and a number of important historical buildings and temples.

The floods affected district 61, 358 2087 communities and villages. As a result of natural disasters are corrupted by 68 thousand houses. In some places the flood level reaches 1.5 m. In the elimination of consequences of bad weather involved the military.