The floods caused mudslides in Japan 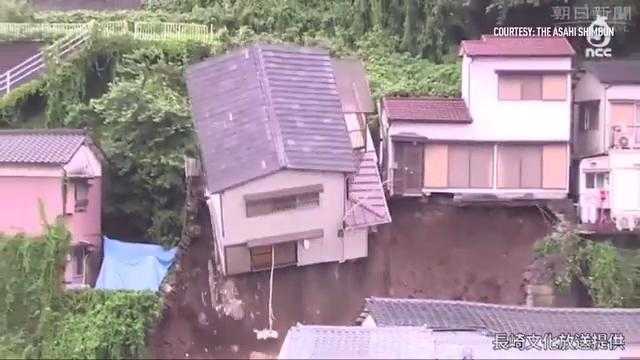 Recent floods in Japan were disastrous and resulted in tragic consequences. The video shows how unstable house in Nagasaki, in southwest Kyushu island, finally loses his balance, succumbing to the forces of gravity and falls down from the hillside.

According to Japanese news Agency Asahi Shimbun, the collapse occurred after June 29, in the region there was a mudslide, which was damaged 6 houses and at least one person was seriously injured. By order of the authorities 22 homes were evacuated. Building the video collapsed on 30 June.

The cause of the landslide became torrential rains. Hundreds of millimeters of precipitation caused floods and other disasters on the territory of the island of Kyushu, several people were injured. These rains replaced strong storms that attacked other parts of Kyushu in June.

Radio New Zealand passed about 6 of the victims of the floods and about one student missing. Hundreds of thousands of people were forced to evacuate, as in some areas, per hour fell out of more than 100 millimeters of precipitation.

Landslides occurred a few months after the April earthquake that claimed the lives of 49 people and made the slopes more vulnerable to collapse.