The floods in Pakistan 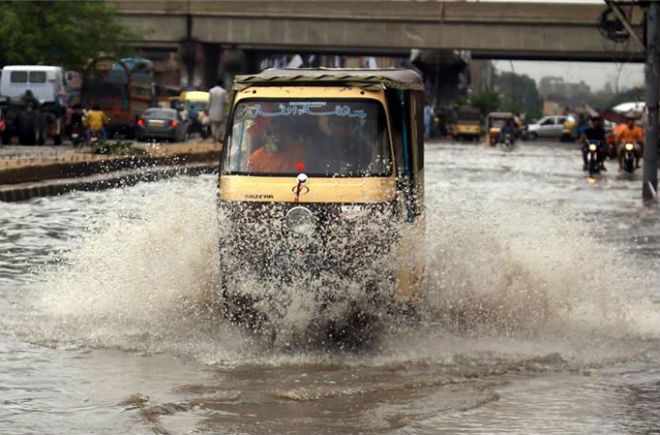 Strong rains have flooded the” largest city Karachi, is located in the South of Pakistan. As the result of bad weather killed at least 15 people.

Most of the deaths occurred as a result of electric shock, three people died under the rubble of collapsed walls and roofs, one person was drowned.

In the result of inclement weather under the water were numerous roads of the metropolis, several areas remained without electricity. Several flooded areas of the city visited the new Prime Minister Sindh Murad Ali Shah and ordered the leaders to take immediate action for the elimination of consequences of bad weather.

From heavy rains in recent days have suffered and other parts of Sindh. So, the city thatta for three days fell to 116 mm rainfall in Hyderabad just for a day received 77 mm of rain usually the rainiest month in Karachi is July. The average rainfall per month is about 60 mm. But this year, July was unusually dry, fell by only 2.5 mm of precipitation.

August this year was more rainy than usual. Some parts of Sindh in the first week of the month have received more rain than expected during the month. On Saturday at one of the districts of Karachi collapsed 56 mm of rain.