The front of the Arctic cold is coming to Europe 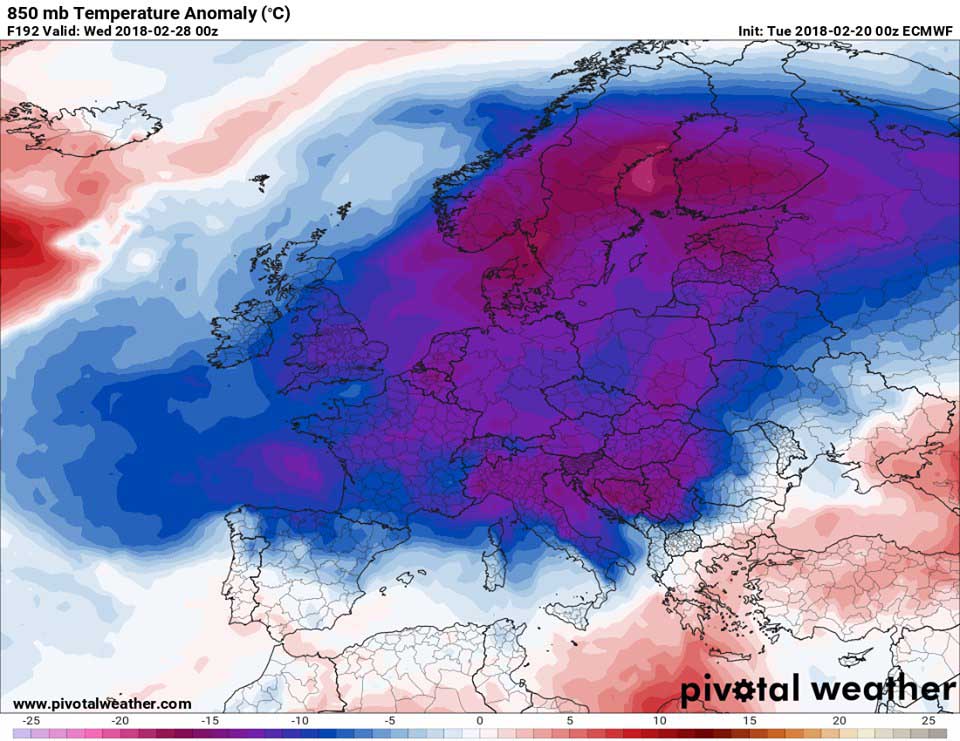 The Arctic outbreak of cold will spread throughout much of Europe and will bring abnormally low temperatures at the end of this and early next week. The average daily air temperature in some regions will be 12-18 ° C below normal, which is quite rare for the end of February. The polar invasion will cover eastern, central and western Europe, as well as part of the Mediterranean and the Balkan Peninsula.