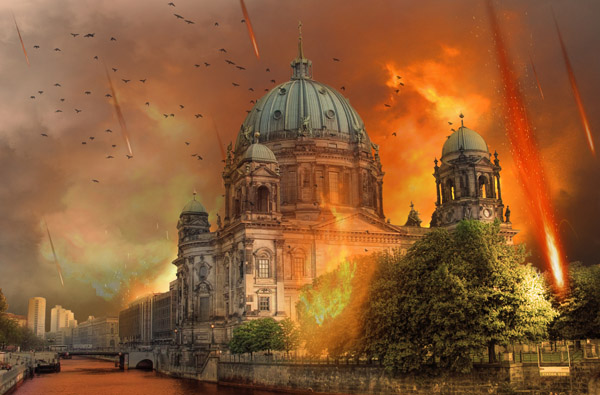 The German government advised its citizens to start stocking water and food in case of a Declaration of a state of emergency. Such calls sounded for the first time in many years.

Residents of Germany recommended to make the food at least 10 days. The report says that in the event of a disaster people can be cut off from emergency services. In addition to food, it is recommended to store drinking water at the rate of 2 liters per day per person, for a period of at least 5 days.

In addition, the Cabinet of Ministers of Germany considers the new concept of civil defense, which was developed by the Ministry of internal Affairs of Germany.

The interior Minister of Germany Thomas de Maiziere said that the German people must be ready to survive when water and food will be poisoned and will stop the supply of petrol and gas.

What kind of threat is associated this statement and the call to stock up on food and water, the German government did not specify, noting only the General direction of the threat, as a kind of disaster.

It is worth noting that in Germany the state budget 2000 built shelters for public use. For the German government built a huge bunker that can withstand nuclear attack. It is 30 km from Bonn, near bad Neuenahr-Ahrweiler. In addition, Germany has the emergency reserve of food in case of emergency.