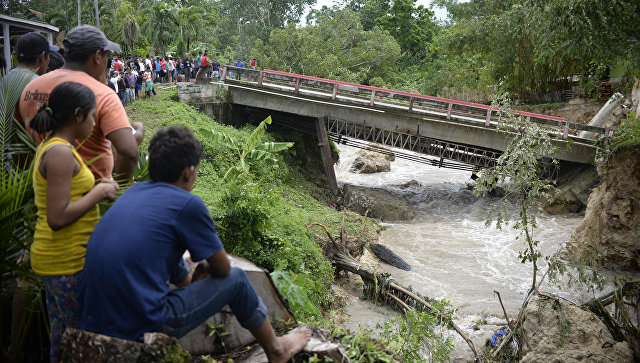 The government of Guatemala declared a state of emergency because of the powerful rains in the Central American country. The decision of the authorities, imposing restrictions on the free movement of people in 26 points, recognized as the most dangerous from the point of view of possible consequences of disaster.

The state of emergency is introduced for a period of 30 days. The ministries of health, communication and economy and food security of Guatemala directed to take the necessary measures to ensure the safety of citizens for the period of revelry of elements, including to avoid speculative price increases on food.

The rainy season began in April, has already claimed 12 lives and resulted in numerous floods and landslides in Guatemala.