The Great Barrier is no longer to save 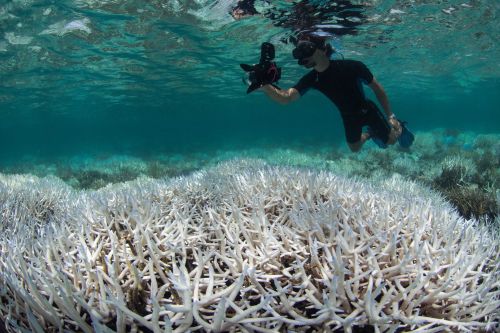 Large-scale measures, which are planned to be used to save the Great Barrier Reef until 2050, will not yield results. Experts state that it will not be possible to save it, and it is worth concentrating on preserving at least its “ecological function”.

The unique, the largest in the diversity of life ecosystem of the Great Barrier Reef – the largest natural formation created by living organisms, and one of the “natural wonders of the world” – has been dying for several decades. Over 30 years, he lost more than half of the corals, and the development of discoloration in recent years threatens the reef with quick and final death. Therefore, in 2015, the Australian government launched the Reef 2050 Long-Term Sustainability Plan. On the appropriate measures it is planned to allocate 2 billion Australian dollars, but they will not bring the result.

This conclusion was reached by experts who revised the plan of action in the light of the latest data on global climate change and the development of coral bleaching in the Great Barrier Reef. In 2016-2017 years. It goes especially fast, resulting in the most grandiose death of polyps, which scientists have ever observed. According to recent estimates, 29 percent of shallow-water corals have already disappeared – saving the reef will not succeed, and it is worth concentrating on more realistic goals. The representative of the Marine National Park explains that it is necessary to recognize the coming changes and to help the ecosystem of the reef to be preserved as a whole, then to be reborn, possibly with an entirely different composition and structure.

On the other hand, the developers of the plan recently issued their own appeal urging the world community to continue work on reducing greenhouse gas emissions. Global warming is a key culprit for those changes in the temperature and environment of ocean water that have triggered the discoloration of the polyps of the Great Barrier Reef. Therefore, for its preservation, it will be necessary to take measures of a global scale – if at all they will help.