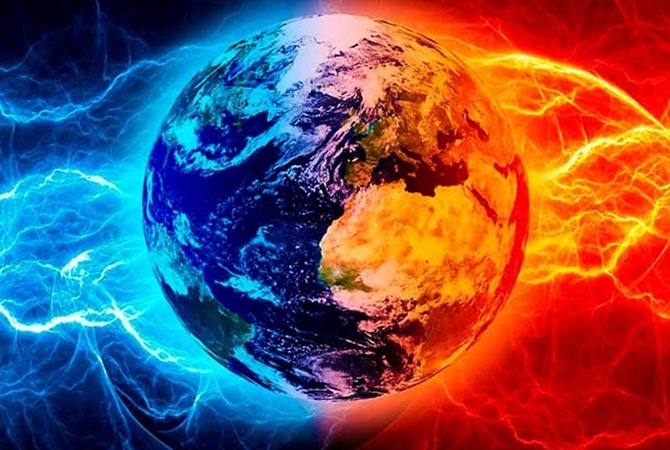 You will find out that a solar storm is really powerful when houses catch fire and cities go up in flames. It really happened 100 years ago on May 15, 1921.

On May 15, 1921, the greatest solar storm of the 20th century struck Earth. At about 02:00 GMT that Sunday morning, a telegraph station in Sweden caught fire. 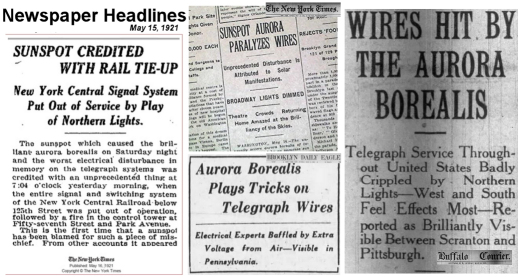 On the other side of the Atlantic, the same thing was happening in New York City. Flames engulfed a switchboard at the Brewster station of the New England Central Railroad and quickly spread, destroying the entire building.

During the New Brunswick fire, long-distance telephone lines burned out, voltages on telegraph lines in the United States rose to 1,000 volts, and ships at sea crossing the equator experienced short circuits. It was the Big One. Solar Storm.

The solar flare occurred during a period of weak activity at the end of the 15th solar cycle, an unremarkable cycle that almost ended in 1921. The number of sunspots was low – but it only took one to cause real chaos on earth.

The giant sunspot AR1842 appeared in mid-May and began to erupt, throwing numerous coronal mass ejections toward Earth. In those days, scientists did not even know that these emissions existed, so they were totally surprised by the appearance of the plasma clouds.

As the powerful plasma emissions struck the Earth one by one, the Earth’s magnetic field rocked back and forth, pulsing with the overflowing energy. The fires were a direct result of all that was going on.

When the magnetic field changes rapidly, electricity passes through the conductors in the area. This is called “magnetic induction.” In the early twentieth century, telegraph lines were suddenly humming with induced currents. In Sweden and New York the wires got so hot that they ignited telegraph paper and other combustible materials.

What would happen if a similar storm broke out today?

A 2013 report by the Royal Academy of Engineering summarized the possibilities. Suffice it to say, fire would be the least of our worries. Modern technology is far more sensitive to solar activity than the simple copper wires of 1921.

Power loss is often cited as the worst possible side effect of a solar superstorm, but energy systems are more resilient than before. Thanks to improvements made after the 1989 Great Quebec Eclipse, many modern power grids are recovering quickly.

A more troubling loss may be GPS. We think of GPS as the primary way to find things: ambulances find accidents, pilots find runways, and so on. But that’s not all. GPS tells us what time it is, thanks to the atomic clocks aboard the satellites. In fact, GPS time is woven into the fabric of modern society.

What happens if the GPS fails?

Telecommunications networks rely on GPS clocks to synchronize cell towers and transmit calls between them. Many electric utilities use clocks in equipment that regulate current on overloaded networks.

Synchronization of computer networks, digital television and radio, Doppler weather radar, seismic monitoring, even multi-camera synchronization in movie production — GPS clocks have “had a hand in everything.”

What if all those flying clock radios were destroyed by a solar flare and all the clocks on earth started flashing frozen at the 12:00 mark? No one knows, but certainly nothing good would happen for our civilization.

Space weather researchers usually refer to the May 1921 event as the “Centennial Storm.” However, recent studies (both historical and statistical) show that such storms occur more frequently – every 40-60 years.

It has been 100 years since the last “superstorm. We have already exhausted our limit of “calm space weather” and a new superstorm could happen at any moment.