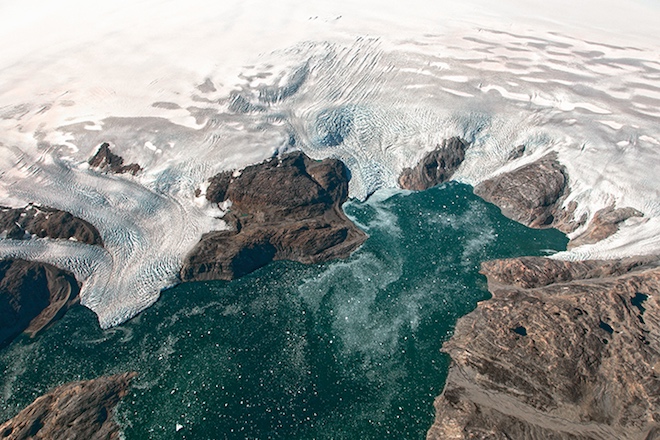 Scientists examined the glaciers that drift from Greenland on the West side. The video shows how the cracked part of the glacier rink on the banks of West Greenland.

Images were obtained using the digital mapping system (DMS), a digital high resolution camera, which was attached to the bottom of the plane. She takes pictures throughout the flight. These images help researchers better analyze the data obtained using other tools.

The data that was collected during the IceBridge campaign — and it started eight years ago, — he contributed to a number of discoveries. Under the snow, scientists have recorded the canyon and watched the aquifer. The researchers assessed the degree of frozen and thawed areas on the bottom of the ice cover, and conducted monitoring changes in the thickness of Arctic sea ice.

The project IceBridge is designed to continue the mission of the polar satellite measurements ICESat, which ended in 2009. Satellites-receivers scheduled to launch in 2018.