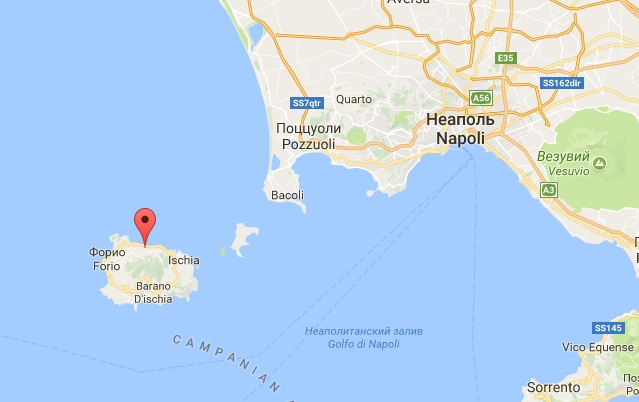 As a result of the earthquake that occurred on Monday on the island of Ischia in the Tyrrhenian Sea, the level of land in the area of ​​the resort town of Casamicciola Terme has dropped by about 4 centimeters, Italian scientists said.

A group of researchers from the Institute for Electromagnetic Survey took part in the survey with the help of European satellites Sentinel-1 and Italian satellite COSMO-SkyMed. On the basis of information received from space, so noticeable subsidence of the ground near the epicenter of the earthquake was revealed.

The earthquake on Ischia was recorded on August 21 at 20.58. Initially, the National Institute of Geophysics and Volcanology of Italy reported an earthquake of magnitude 3.6, but after midnight, experts adjusted their estimate and reported that the magnitude was 4.3.

The epicenter of the earthquake was in the immediate vicinity of the western coast of Ischia in the sea at a depth of about 5 kilometers. According to seismologists, the first subterranean shock was followed by about 20 weaker aftershocks. Victims of this disaster were two women, 39 people were injured, about 2.6 thousand were left homeless.