The growth of giant funnels continues on Yamal 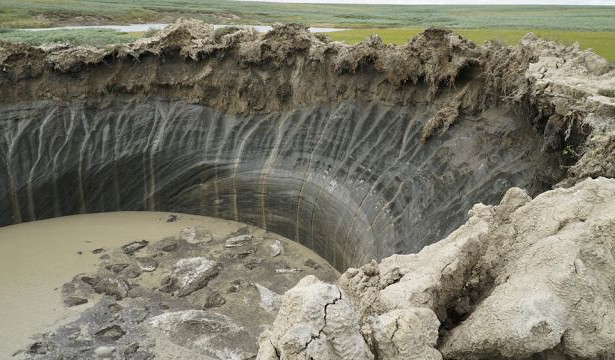 According to the opinion of experts involved in the study of the phenomenon, the lake in place of the very first of them increased substantially. In just a few years, the funnel has merged with the neighboring thermokarst lake.

Despite the fact that the second funnel is developing less actively, its growth is also palpable. As the analysis showed, the chemical composition of water filling newly formed lakes and different from neighboring lakes, new funnels will continue to appear.

Even earlier overgrown funnels will begin to gradually break down and increase in size.

This phenomenon scientists called “thermocircuits”. Based on a sample of soils, experts will establish in laboratory way how dangerous this mysterious phenomenon is.