‘The heavens have opened up’: Chinese farmers face floods that deprive them of their livelihoods

Cheng, a Chinese farmer, wades knee-deep in water, dragging dead pigs by a rope tied around their shins and lining up the bloated carcasses for disposal.

More than 100 of Cheng’s pigs drowned in the flood that paralyzed central China’s Henan province last week, and the prospects for those who survived are bleak.

“I’m waiting for the water level to recede to see what to do with the remaining pigs,” said a 47-year-old farmer from the village of Wangfang, 90 kilometers north of the provincial capital of Zhengzhou.

“They have been in the water for days and can’t eat. I don’t think there will be even one pig left.” 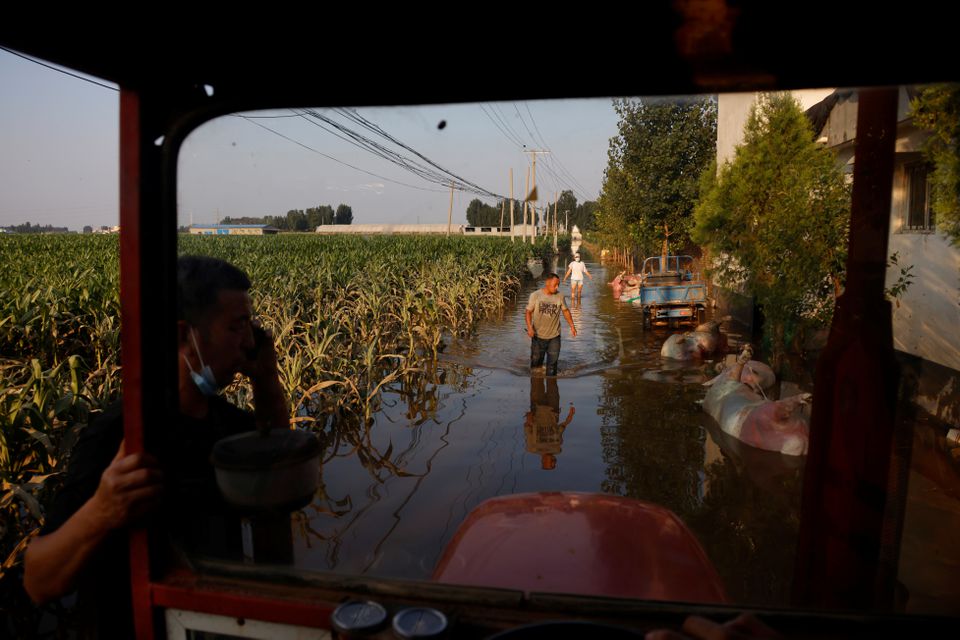 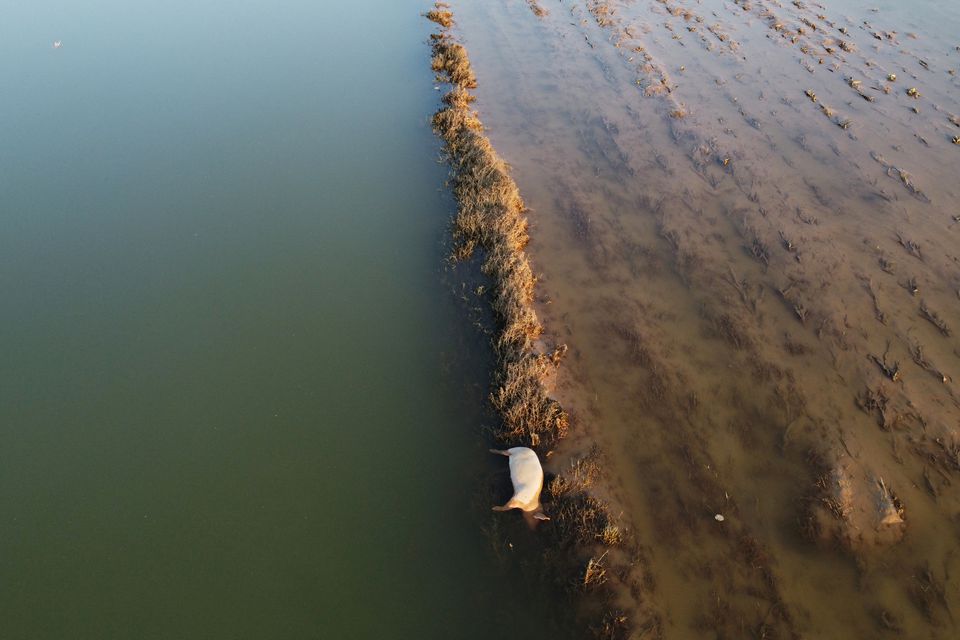 Cheng’s farm is one of thousands in Henan province, known for its agriculture, particularly pork production. Heavy rains hit the province last week, causing the worst flash flooding in a century, taking many by surprise.

“In the blink of an eye, we have no way to survive. We have no other skills. We don’t have the money to raise pigs again,” Cheng, who has raised pigs all his life, told Reuters at his farm.

“It’s like the sky has fallen to the ground.”

Throughout the village, where most of the 3,000 other residents also raise pigs, chickens or grow grain, people were clearing debris left by receding floodwaters.

Some pulled wheelbarrows and crates of lifeless chickens. Dead pigs lay in the water, tied to trees to keep them from floating away. Some areas of the village smelled strongly of dirt and rotting carcasses.

At least 200,000 chickens and up to 6,000 pigs died in the flooding, accounting for half the village’s flock, farmers said. Across Henan province, rains flooded 1,678 large farms, killing more than a million animals.

Although China’s pork industry has become more intensive in recent years, millions of small farmers still play a major role in the production of the country’s favorite meat.

Even after a devastating epidemic of the deadly pig disease, African swine fever, swept through the country in 2018 and 2019, many farmers returned to raising pigs and expanded their herds to take advantage of high prices.

In addition to livelihoods, the flooding also has many worried about new outbreaks of disease.

Last summer, heavy rains and flooding in southern China caused dozens of outbreaks of African swine fever, a disease that usually kills pigs but is not dangerous to humans.

“The disease problem is a much bigger problem than direct losses,” said Pan Chengjun, a senior analyst at Rabobank.

The swine fever virus lives about 10 days in pig feces and water, and it can persist in manure pits for up to 100 days.

“Anything in the manure pits will leach out and spread around,” said Wayne Johnson, a veterinarian and consultant with Beijing-based Enable Ag-Tech Consulting.

Last week, the Department of Agriculture and Rural Affairs issued guidance to local governments on preventing animal diseases after the floods, including measures for disposing of carcasses and disinfecting farms.

At this point, however, Wangfang farmers are not even sure they will return to farming.

“After doing it for so many years, in an instant everything is gone,” said Zhang Guangxi, 53, who lost about half of his herd. “I don’t feel like raising pigs anymore.”