The hurricane destroyed the circus tent in France 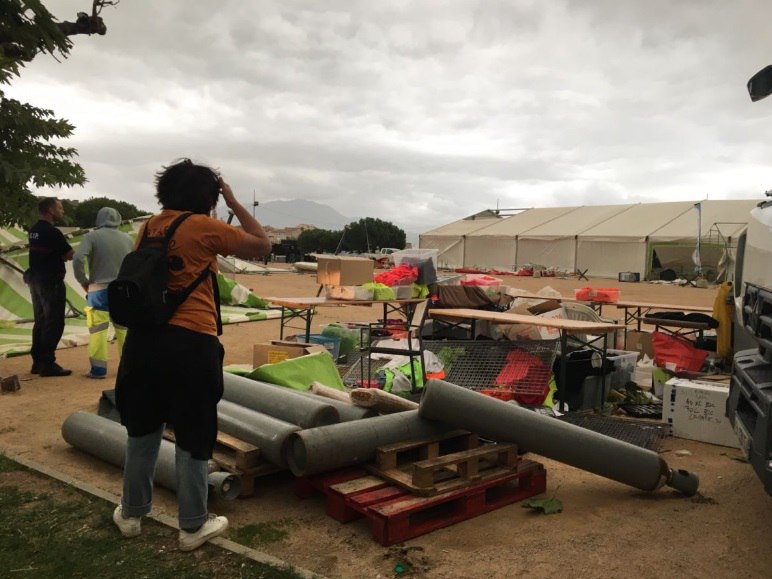 Mounted on one of the squares Ajaccio on the beach huge white tent could not resist under heavy gusts of wind, the speed of which, according to meteorologists, reached 150 kilometers per hour. 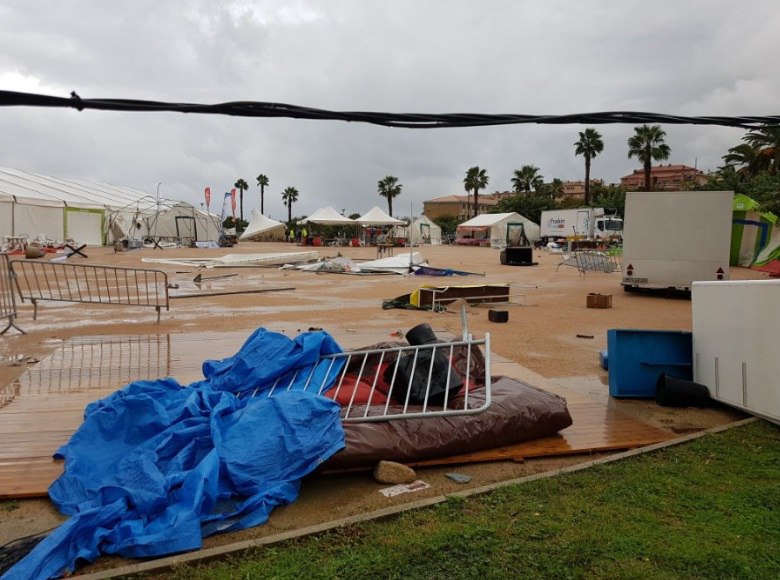 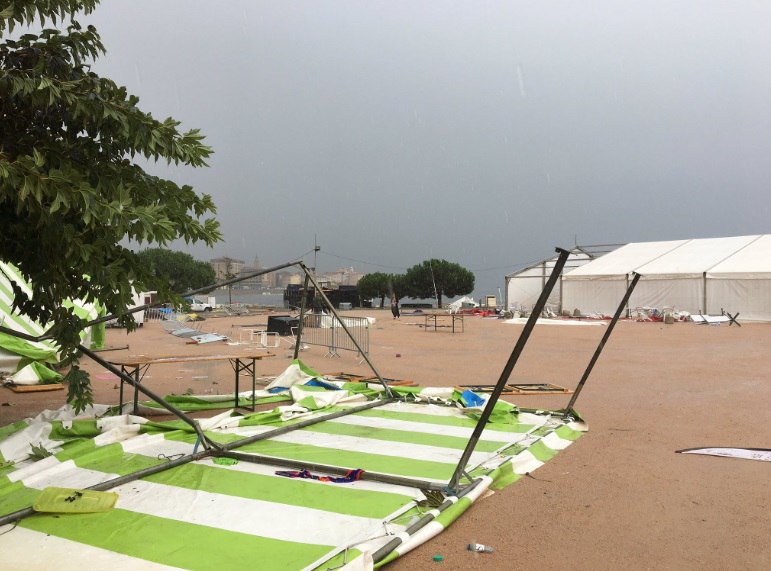 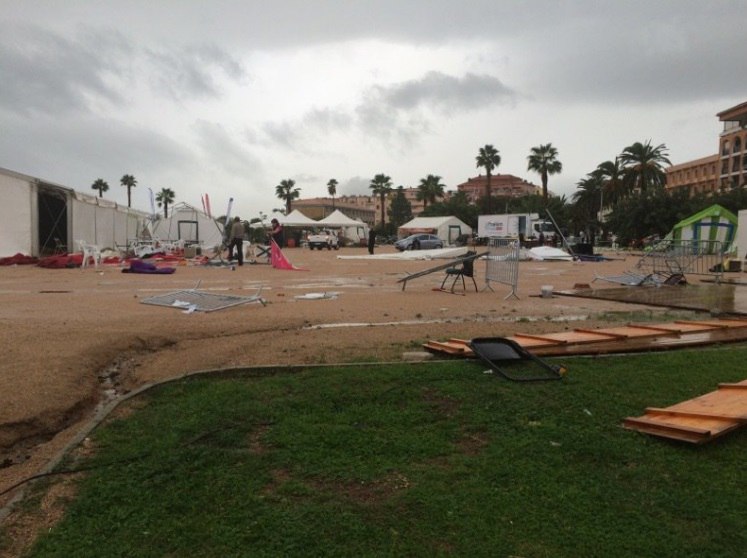 During the incident, the circus was a presentation, under its arches were about 350 children. 28 adults were injured, including two seriously. On the scene working teams of firefighters-rescuers and medics.