The hurricane “Otto” became the champion 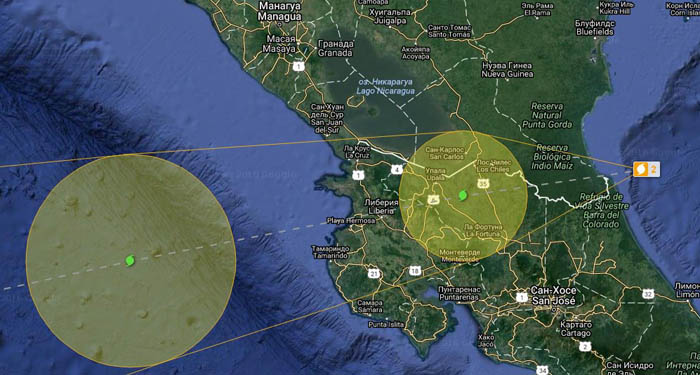 The hurricane “Otto” became the latest hurricane Atlantiki with the most southern route for all history of meteorological observations! And it became the first hurricane for the last 20 years which visited both Atlantic and the Pacific Ocean.

In the East of the Pacific Ocean, near coast of South America, these days turns the tropical storm “Otto”. Former hurricane … moreover, former Atlantic hurricane! Last time such case (transition of a hurricane from one ocean in another) happened in 1996, then the whirlwind in Atlantic was Caesar, and in Silent it began to be called Douglas.

But with Otto a situation another: this whirlwind that in Atlantic that in the Pacific Ocean bears one name. The storm was created on November 21, so late here tropical cyclones did not appear since 2003 (then the storm “Odetta” became it). And on November 23 the storm “Otto” amplified to a hurricane of the 2nd category, having broken a peculiar record: it became the latest hurricane (not a storm, namely a hurricane) of Atlantic. Before the record long time belonged to the hurricane Marta of 1969. In the status of a hurricane of the 2nd category “Otto” on November 24 fell upon Nicaragua and Costa Rica, having broken one more record: became the most southern Atlantic cyclone ever noted in Central America. In the region the heavy rains expected to fall, several landslides were noted.

Now Otto weakened to a storm stage, he left the land and left to the Pacific Ocean. In its plans to promote it is a little further to the west, and then to turn to the north. According to forecasts of meteorologists, at the beginning of the next week it has to disappear finally from weather maps.