The immediate future of mankind is water scarcity, climate change and the eruption of Yellowstone volcano 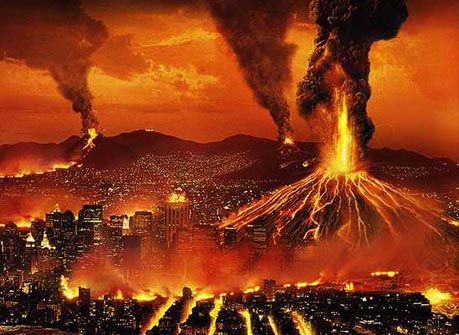 Humanity in the foreseeable future may face water shortages, global warming and the eruption of the Yellowstone volcano, said the director of the geophysical center of the Russian Academy of Sciences, academician Alexei Gvishiani.

“The most important problems, natural disasters that humanity can face in the foreseeable future are water shortages, global warming and the eruption of the Yellowstone volcano,” Gvishiani said.

According to him, it is known that the Yellowstone volcano is very dangerous and its eruption can lead to a change in life on the planet.

“This is too complicated, important and dangerous problem to predict now when the eruption of this volcano will occur.Any scientific reports on this must be reconciled 100%,” the scientist noted.

The Yellowstone Super Volcano, or the Yellowstone Caldera, is located on the territory of the homonymous National Park in Wyoming in the United States. This geological formation – the caldera, the “funnel” from the volcano that exploded in ancient times – measures 55 kilometers by 72. In the middle of the 20th century, scientists established that at a depth of about 8 kilometers under the caldera there is a chamber filled with magma, and it is an ancient volcano.

The super volcano erupted about 2 million years ago, then 1.2 million years ago and 600,000 years ago. As a result of the last eruption, about 1 thousand cubic kilometers of ash and debris were thrown into the atmosphere.

Currently, the hidden activity of the volcano supports the life of numerous geysers and hot springs in the national park.
If the Yellowstone volcano erupts, the consequences could become catastrophic. In addition to direct damage from the eruption, for example, ash deposition on a vast territory, as a result of the eruption, large volumes of ash will enter the stratosphere, and the planet may experience “volcanic winter.”

According to Gvishiani, at the same time, Russia has significant reserves of drinking water. The scientist believes that our country needs to strengthen the army so that in the future, when problems with water shortage begin, Russia could protect its water resources.

“We can not rule out the possibility of wars in the future for water due to its shortage,” the academician said.