The impact of global warming on the Arctic 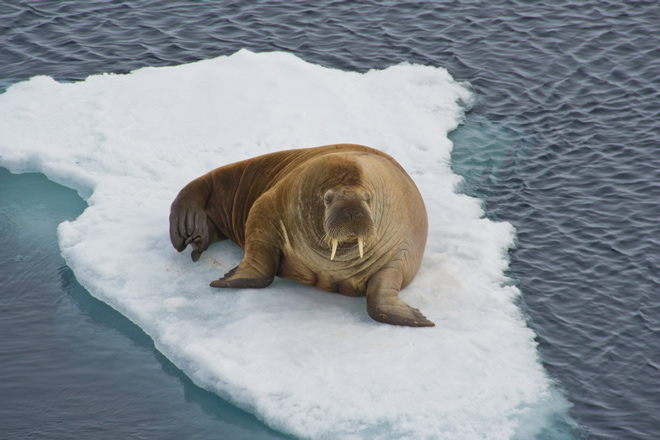 How serious is global warming for the Arctic? This question was answered by scientists of the Murmansk Marine Biological Institute (MMBI), who spent 55 days at the North Pole in 2016. Expeditions of this magnitude the institute did not organize since the USSR.

Measurements of the state of marine ecosystems near the ice border were made almost every day in April-May last year. It turned out that the effect of warming in the Arctic is more than noticeable – the ice sheet retreated to the north by 100 km. Reducing the area of ​​the ice sheet, rising temperature and desalination of water disrupt the biological balance, lead to the emergence of new species of animals in the region and outlive the former Arctic inhabitants.

So, during the expedition scientists discovered 15 new species of plankton. Previously, these microorganisms lived south, but came to replace the cold-loving plankton, which because of warming moved north.

Unscheduled “move” happened in other species of arctic living creatures – crabs, mollusks and fish. For example, the habitat of fish-needles shifted by hundreds of kilometers, which became a surprise for scientists.

Metamorphoses in food chains can lead to a decrease in catches of commercial fish and a reduction in the populations of marine mammals.

Animals of the Arctic are hard not only because of the migration of their natural food resources. For many species, for example, harp seal, the ice area is important for breeding young. While representatives of the species find a place for nesting, but in the future, ice may not be enough for everyone.

Scientists do not exclude the fact that one day the migration of animals will reverse, as the warming is cyclical. According to researchers, fauna representatives should be able to adapt to changes in temperature by +/- 10 degrees. If someone does not manage to adapt to the new conditions, natural selection will go into action.