The Indian activity of the volcano Burren 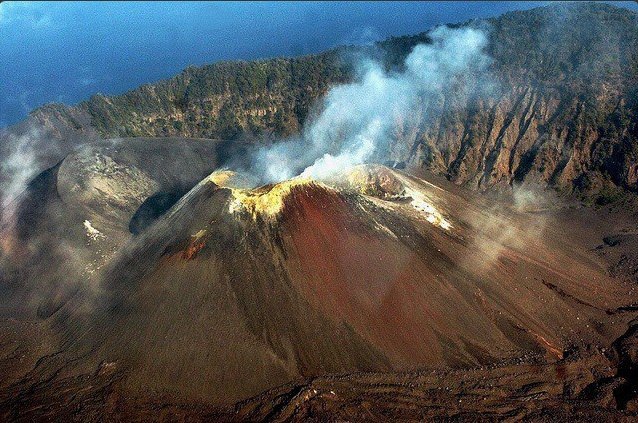 Near the Indian Peninsula is a desert island-volcano the Burren, which recently again gave signs of awakening and its crater has smoke and it implies lava. In General, the awakening of this volcano was recorded in the last century — in 1991, before he was for 150 years, was fast asleep.

The last time scientists observed a strong eruption in the past year. On January 23 of this year to the volcano Burren headed a group of researchers from the Indian National Institute of Oceanography under the guidance of Dr. Abhay Mudholkar. Scientists went to the island to the volcano to take samples of the seabed. And here directly in point, the volcano woke up. The researchers felt that it is for them a good opportunity to observe activity of the Burren, so they swam closer to him.

According to the researchers, the volcano spewed smoke in the range of 5 to 10 minutes, however in the daytime from the crater flew only smoke and ashes. But when the sun went down, it began the moment the eruption, with emission of lava that the volcano slopes running down to the foot. Before leaving, the researchers took samples of water and sediment, and did it near the volcano, in addition samples were taken of the cooled lava.