The Indian state of Telangana massively kills the fish 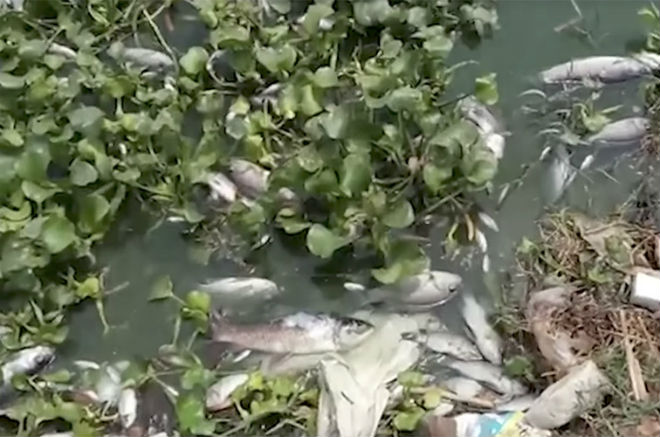 Mass mortality of fish is recorded in the Indian state of Telangan, which caused an angry response from environmental activists who claim that this shows alarming levels of environmental pollution in this region.

Local authorities claim that the fish died from a bacterial infection caused by high temperatures, but environmental activists insist that the death was due to domestic and industrial pollution.

Members of the local fishing cooperative refuse to blame directly the chemical industry enterprises located near the lakes. They note that this is also due to the rapidly growing urbanization.
According to the fishermen, the pollution occurred not only because of the proximity of the enterprises, but also because of the disposal of waste colonies to the lakes.

Experts say that the surviving fish can now be too dangerous to eat.