The inhabitants of Florida suffer from the invasion of huge pythons 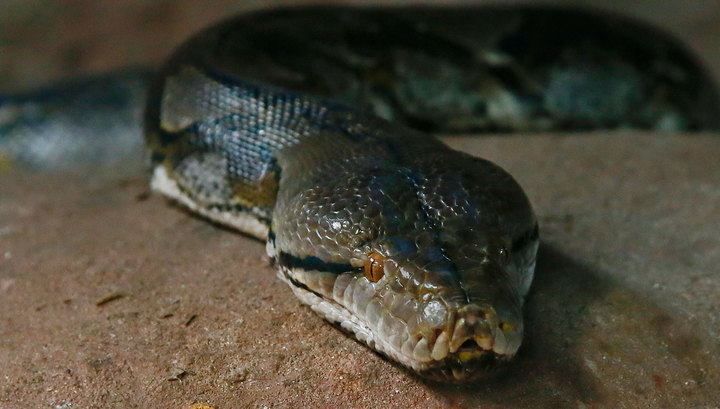 The people of Florida suffer from the invasion of huge tiger pythons, which sometimes attack people and can kill even an alligator. In early December, local snakes Jason Lyon caught a five-meter predator, whose weight was 60 kilograms.

Tiger pythons inhabited in South-East Asia were brought to Florida in the 1980s as pets, but several years later these dangerous predators got out of control. Today they can be found in local forests in dangerous proximity to cities and towns. Snakes inflict serious damage to the Florida fauna, the state authorities allowed their shooting in April.

Hunters are paid $ 50 for each shot python, whose length exceeds 1.2 meters. For every additional 30 centimeters, the arrow is added at $ 25.

According to the head of the program of capturing Mike Kirkland, since April the hunters managed to kill 743 pythons. Jason Lyon, who killed a five-meter snake, paid more than $ 375.

Lyon warned that with tiger pythons in no case should not be contacted alone.