The islands become unsuitable for life 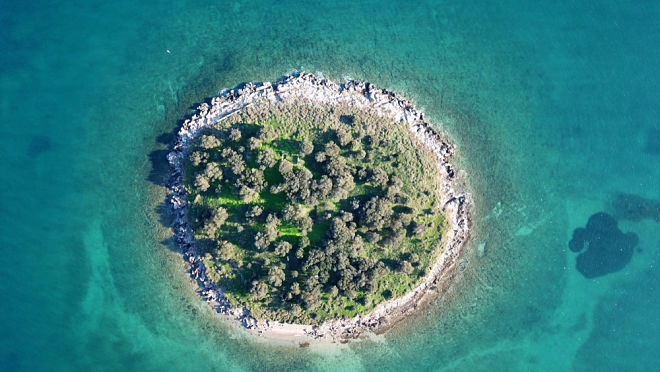 According to a new study, most lowland coral islands can become uninhabitable by the middle of the century. Scientists predict that with rising sea levels, thousands of atolls will suffer from frequent floods, fresh water shortages and infrastructure destruction.

The study, published in the journal Science Advances, is devoted to the Marshall Islands – a state that is already experiencing the adverse effects of climate change. But the authors note that the results obtained are applicable to islands all over the world, including the Maldives, the Seychelles and part of the Hawaiian Islands. For decades, hundreds of thousands of their residents will probably have to leave their homes.

“The turning point, when drinking groundwater on most atoll islands will not be available, will come no later than the middle of the 21st century,” said lead author Dr. Kurt Storlazzi of the US Geological Survey (USGS).

Scientists have used current global greenhouse gas emission indicators to predict the impacts of climate change on the island of Roy Namur, which is part of the Kwajalein Atoll in the Marshall Islands. It was found that when the local sea level around the island is one meter higher than now, annual floods will affect at least half of the island.

Previous work in this area was primarily focused on determining the rise in sea level, under which the islands literally go under water, but the research of Dr. Storlazzi and his team has a broader view of the problem. Their analysis takes into account the interactions between sea-level rise and wave dynamics in coral reefs. Such interactions will contribute to annual floods on atolls, which not only destroy the infrastructure, but also pollute the sources of fresh water.

This means that islands that have been considered safe for at least a century can be seriously threatened for decades.
“Wave splash events usually cause salty ocean water to seep into the ground and contaminate the freshwater aquifer. Precipitation in the year is not enough to desalinate the island’s water resources until the next storm, when the salty waves again overflow the shore, “explained the USGS hydrologist Steven Gingerich.

“This information is key to assessing the many dangers and prioritizing efforts to reduce risk and increase the flexibility of island communities around the world,” said Dr Stollazzi.
About 70,000 people live in the Marshall Islands, and experts said that they are likely to be evacuated as the sea level rises.

Former Foreign Minister Tony de Broome called the global temperature increase of more than 2 ° C above the pre-industrial level a death sentence for the state. At a recent international meeting in London, the Minister of the Environment of the region David Paul addressed the gathering with a statement on the need to take urgent measures on climate change, on which their future depends.