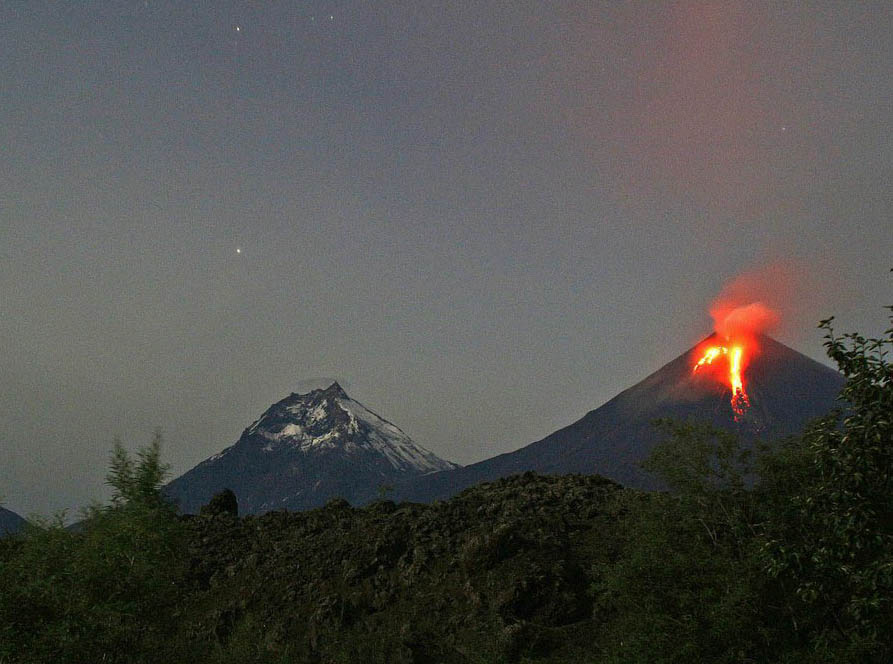 The highest active volcano in Eurasia – Klyuchevskaya Sopka threw the new lava flow. This is stated in the message of the volcanological Observatory of Kamchatka Krai.

According to them, they saw a new thread with a video camera, which is located near the volcano. This is the third lava flow that appeared this year, which means a high activity KLUCHEVSKY Hills.

Two other flood flow on the Southeast side of the volcano. The Observatory staff added that the volcano is code orange aviation hazard. As reported, the eruption of the volcano on Kamchatka began on 3 April.

Klyuchevskaya Sopka volcano is known as the highest and one of the most active volcanoes in the world. Klyuchevskaya Sopka is located in a remote area of the Kamchatka Peninsula. It has a large active crater, which often occur a lava fountain eruption.