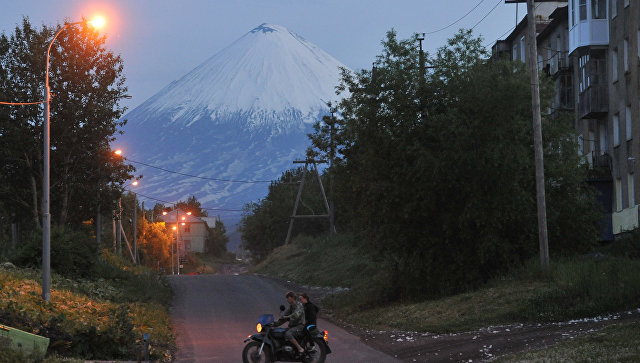 A plume of ash to a height of seven kilometers recorded on Friday at the Klyuchevskaya Sopka volcano in Kamchatka, informs GUMCHS in the region.

According to the emergency response team KVERT, the volcano Klonsky the hill was recorded ash plume. The height of ash emissions amounted to seven thousand meters. The volcano is 4750 meters. With respect to the direction of the wind ash plume spread in a North-westerly direction for 38 miles from the volcano, informs the regional Glaucus, stating that the spread of ash plume settlements do not exist, as you progress it moves into the Bay Lake.

The deposition of ash in the settlements of Kamchatskiy Krai is not fixed, the volcano is assigned code orange aviation hazard, the international road traffic in the area of the Klyuchevskaya volcano do not pass, the tourist organizations are recommended not to organize trips to the volcano area.