The Klyuchevsky volcano has a new cone 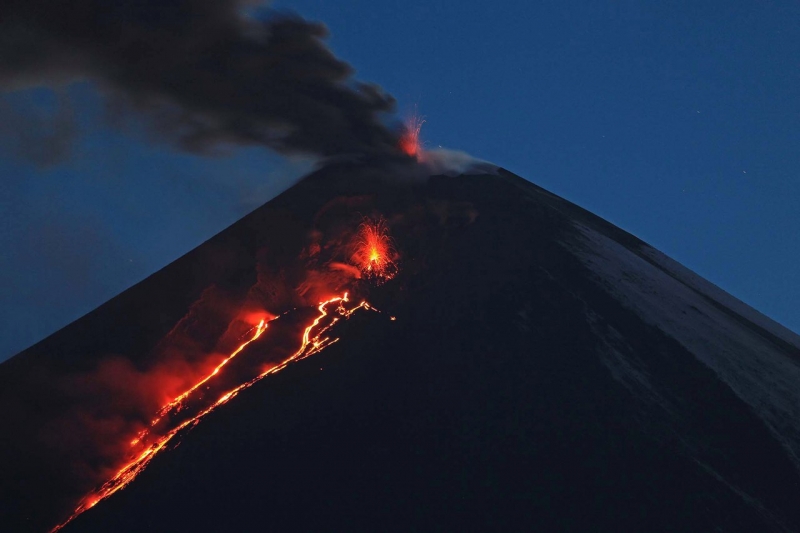 On the Kamchatka Klyuchevsky volcano has a new cone. The height of the newly formed geological element exceeds 10 meters.

Cinder cone at Klyuchevskoy began to increase where at the beginning of July side breakthrough formed the side of the funnel. Now, from the hole out jets of lava to a height of 100 meters and shoot fire bombs.

Kamchatka volcanologists surprised metamorphoses Kluchevskoy less inhabitants. A new cone grew to a height of 4500 meters, although usually the “growths” on one of the most active volcanoes of the Peninsula are formed at altitude from 500 to 3600 meters.
Soon, however, the cone disappears, scientists believe. It will destroy the emissions from the crater on the top where the emission of lava reach at least 200 meters.

The volcano erupts almost 4 months. Explosions in the crater audible at a distance of over 13 km from the seismic station “Apakhonchich” was a barely noticeable palapag — the thickness of the layer of fallen ash did not exceed 1 mm. Vulcan assigned “orange” aviation code of the danger.

Although the most dangerous volcano in Kamchatka Klyuchevskoy now, tourists are not recommended to visit three more giants — volcanoes Shiveluch, Karymsky and Bezymianny.