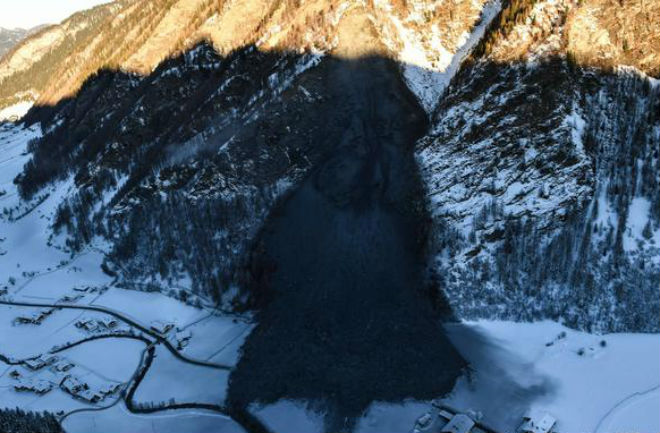 About 130 residents of the Austrian village were trapped on Wednesday after several massive landslides destroyed their only connection to the outside world.

The main road in Fals commune in the federal state of Tyrol was buried under 50 m of rubble as a result of landslides on the eve of Christmas. Fortunately, no one was hurt, but the rubble was scattered by 150 meters. Residents of nine houses, where 40 people lived, were evacuated by helicopters.

As noted by local authorities, the cleaning of the road will take at least three weeks. Currently, you can get to the village only by air.

According to initial estimates, several tens of thousands of tons of stones hit the road.