The landslide nearly destroyed the dam in the USA 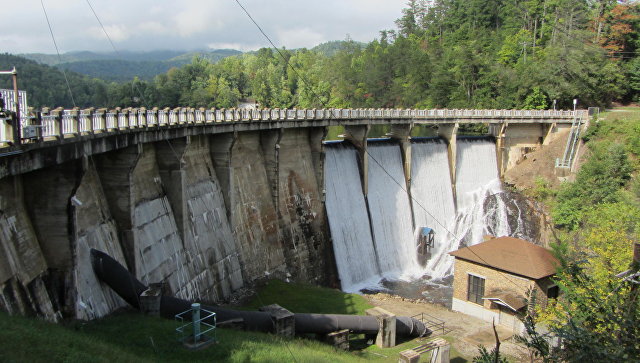 The landslide came down next to a dam on Lake Tahoma in North Carolina in the US, authorities announced mandatory evacuation of people, according to the local meteorological service.

“The landslide affected the dam on Lake Takhoma, and evacuation is mandatory,” the service said on Twitter.

According to the TV channel, the evacuation affected several thousand people. It is reported that the landslide was provoked by heavy downpours

The director of the emergency service of McDowell district William Kehler said that the evacuation will continue until the integrity of the dam has been verified.

Strong downpours came to the eastern coast of the US along with the subtropical storm “Alberto”.

On Monday, the subtropical storm “Alberto” hit the coast of Florida. As a result of bad weather, two people were killed. Later, the US National Center for Hurricane Tracking (NHC) reported that the storm had eased to the level of tropical depression.

Mandatory evacuations underway in #NorthCarolina. Officials are concerned that the #Tahoma Dam may fail amid rising floodwaters. https://t.co/dXXNP4Vzf7