The largest geyser on Earth activated in Yellowstone 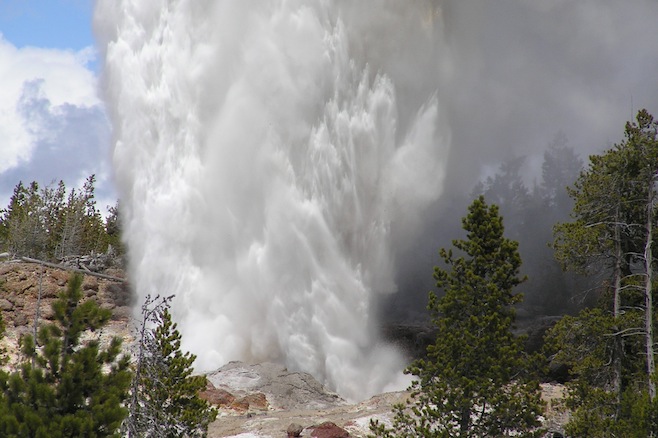 The world’s largest active geyser again intensified in Yellowstone National Park in the United States. The US Geological Survey said that the Steamboat geyser exploded on Sunday at 04:00 local time and this is its fifth eruption this year.

In a series of the agency’s tweets it is reported that there is no sign of any volcanic activity in the park, and that the activity of most geysers is intermittent. Nevertheless, it is noted that a series of eruptions is a good sign that in the summer visitors will be able to see exciting explosions of geysers.

Unlike some other Yellowstone geysers, which erupt relatively predictably, Steamboat is mostly at rest, one such period lasted nine years.