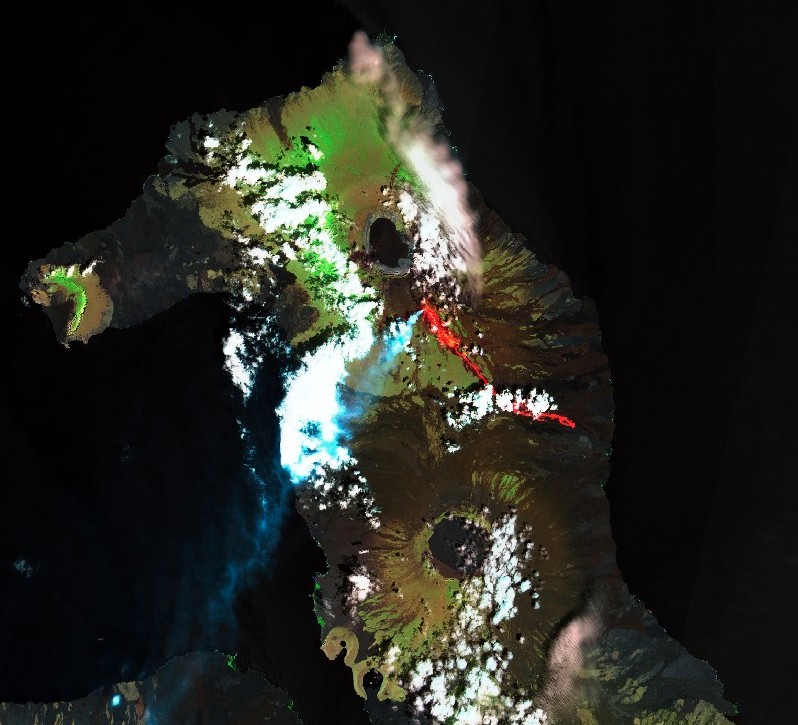 The lava flow resulting from the eruption of Ecuador’s volcano Wolf, which began on January 7, 2022, is now 15 km long and less than 5 km from the coast. This volcano last erupted in 2015, its first eruption since August 1982.

“The direction of lava movement and the general development of the eruption allows us to note that the population of pink iguanas is out of danger,” Manrique said.

Since activity began, magma has traveled about 15 kilometers, moving through ancient lava fields of previous eruptions in the arid Galapagos region.

“Species in the eruptive zone evolved with these natural processes, which are part of the normal dynamics of the ecosystem in the Galapagos. Populations of iguanas, turtles and birds are north of the volcano, where historically there has been little volcanic activity,” added Danny Rueda, director of Galapagos National Park.

Volcanic eruptions are natural processes that occur in the Galapagos Islands.

The Ministry of Environment, Water and Environmental Transformation continues to monitor this phenomenon in order to record the changes that may occur in the ecosystem.”