The lava lake of Kilauea volcano in Hawaii 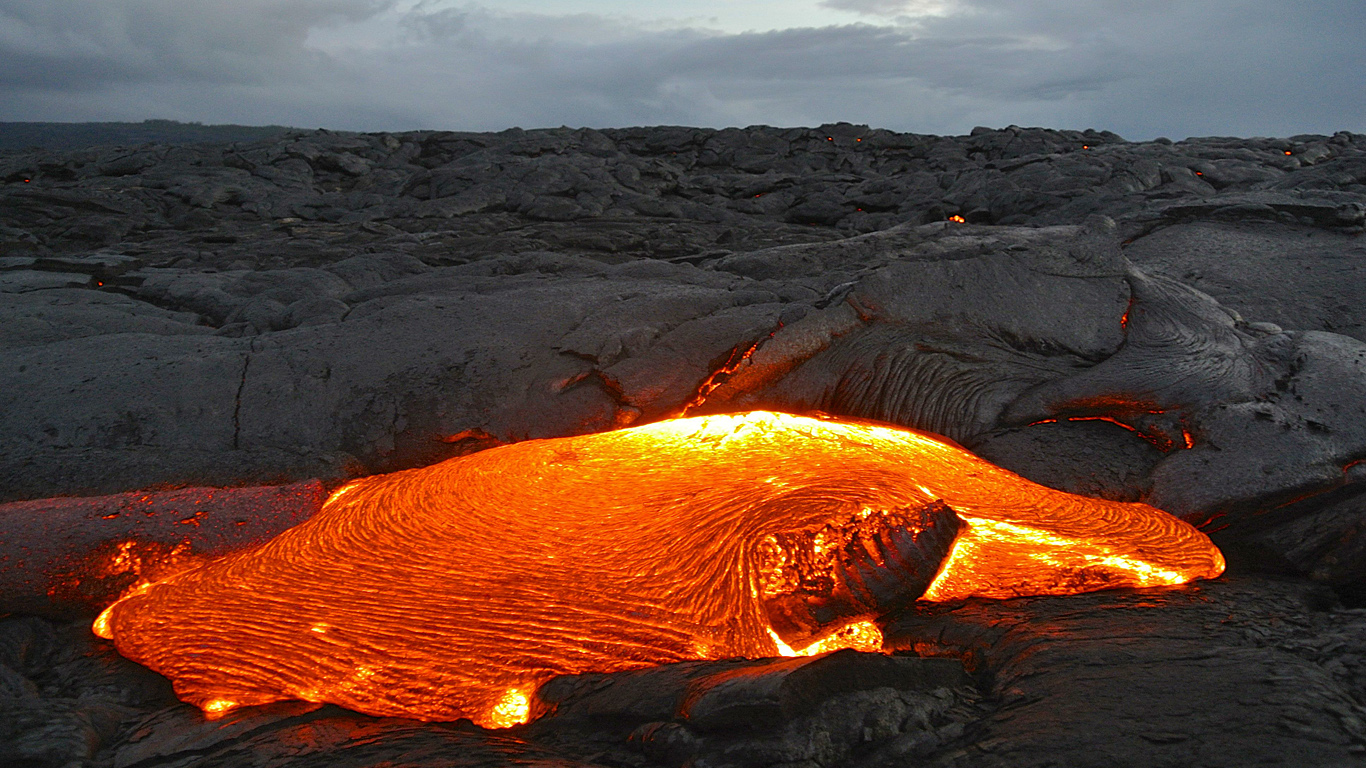 The USGS has published the HD video of the lava lake on the summit of the Hawaiian volcano Kilauea. Shooting close-up shows a powerful eruption.

In the video you can see how the lava breaks through the crust of the lava lake and sprinkles the walls of the crater. Aerial footage shows lava glows through the cracks slightly hardened crust. The video producer from the U.S. Geological survey Steven Wessels stands on the edge of the crater in the respirator and helmet, photographing the lake from the land.

Kilauea is famous for an intense history of eruptions. Most eruptions of Kilauea was explosive, but in 1924, the volcano spat out ash and a 10-ton boulders into the sky and killed a man. The crater, located near the summit called Puu OO. Recently the lava flow, coming from the Puu-OO, reached the Pacific ocean for the first time in several years.

In 1983 Puu OO exploded with lava fountains that rose to 457 meters. The lava flow has covered more than 124 square miles and destroyed many homes. In 2008, when a series of small eruptions rocked the island, the crater of Kilauea tops opened, and from it flowed the lava and rock, covering 30 hectares of the mountain and damaging a Playground for visitors.