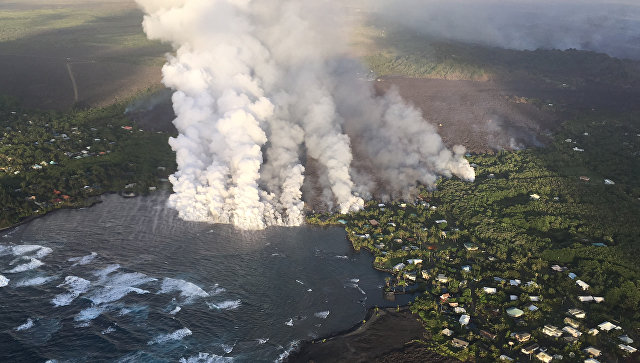 New outpourings of magma from the Kilauea volcano burned dozens more houses in three towns on its slopes and destroyed the neighboring lake, completely evaporating and “flooding” it with red-hot rocks, according to the USGS Volcanic Observatory.

Kilauea, one of the largest and most active volcanoes in the Hawaiian Islands, once again woke up in early May this year and began to flood the surrounding area with a huge amount of lava. It quickly reached the shores of the ocean, resulting in a series of explosions, which covered the surrounding settlements with a “glass rain” and gave rise to clouds of poisonous fumes saturated with hydrochloric acid.

New outpourings of magma occur almost every day. A few weeks ago, its streams reached the boundaries of the settlement of Lehalani Estates, located on the eastern slope of the volcano. The US authorities evacuated 10,000 residents of this town and its environs, threatening all “refuseniks” with prison terms and forced removal from the danger zone.

Such harsh measures have justified themselves – over the past weekend new lava flows that have risen to Earth from the eighth mouth of Kilauea have erased one of the largest bodies of water in the island, Lake Green, and several dozen houses located next to it. 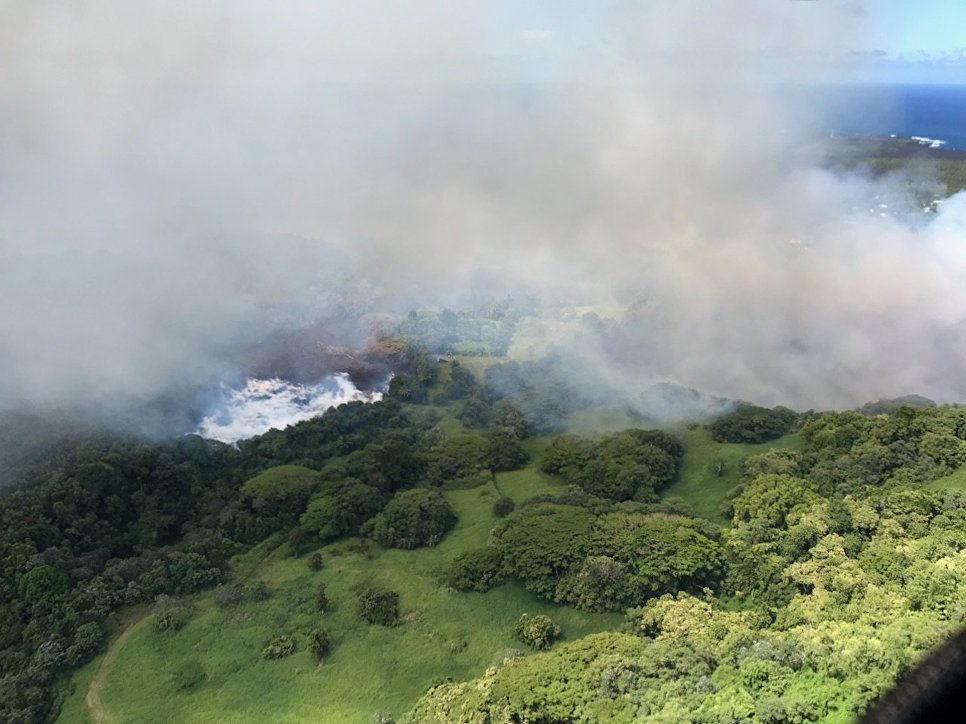 Consequences of the magma exhalation of Kilauea volcano in Hawaii

This time, not only the remains of the Lehmanni Estates were affected, completely cut off from the rest of the world by two new streams of magma, cutting two main roads. Also affected were two resort villages, Kapokho and Uekeyshenlend, located at the eastern end of the main island of the archipelago.

Lava, as noted by scientists, has already reached the shores of Kapokho Bay, triggering yet another series of explosions. Geologists are strictly not advised to approach the coast of the island, since the interactions of lava and water continue to saturate it with toxic compounds, and fill the air with hydrochloric acid vapors and volcanic smog.

As reported by the CNN channel, about a dozen residents of the island did not listen to the warnings of the authorities and found themselves inside a fiery trap. To save them will be extremely difficult because of the destroyed network of roads and a complex meteorological situation, but the authorities of the island promised to do everything possible to evacuate them.