The mass death of birds recorded in Alaska 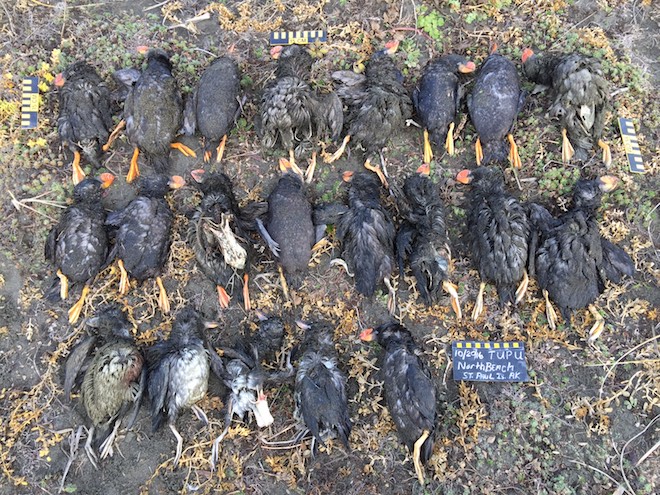 250 dead puffins washed up on the coast of Alaska. Earlier in the season on the banks found not more than two or three dead birds of this species. Scientists fear that because of climate change and the resulting famine will be dead thousands of dead ends. Mass death signaled the impending collapse of the huge ecosystems of the Bering sea.

Experts are trying to determine the cause of death of dead ends, but it is clear that it’s climate change. Maximum temperature this summer in the Bering sea was the highest in history.

The oceans heat up, and puffins fall dead in huge quantities around the globe. This year, the population of Atlantic deadlock in the Gulf of Maine in North America experienced the worst breeding season in history. In 2013, dozens of emaciated bodies of puffins washed ashore in the Gulf of Mexico.

The percentage of surviving Chicks was falling, the adults were starving. In the same year, more than 2.5 thousands of dead puffins found on the coast of Scotland. In Iceland, home to half the world’s population of puffins, a colony of these seabirds are declining for many years.

Deadlocks in Saint Paul Alaska also killed hunger. All birds were severely depleted. The population of puffins in the Bering sea has 6 thousand individuals. Mass loss has affected almost half of them.