The melting ice in Antarctica would cause a major catastrophe 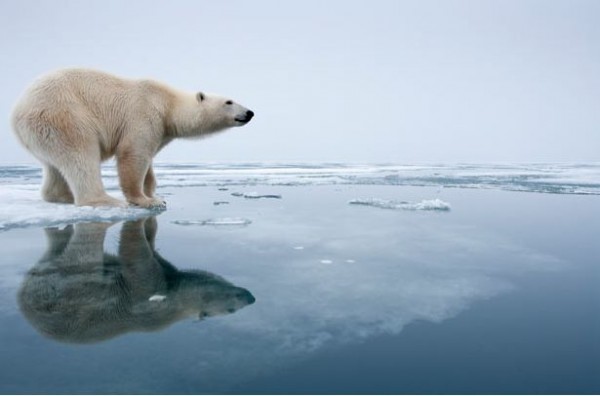 Over the past few months, scientists with bated breath, watched as the cracks in the ice shelf of Larsen, From off the coast of the Antarctic Peninsula are increasing every day. Ultimately, the 5200 square miles of ice will go to free swimming, but what happens then?

Glaciologists (experts on natural ice), which track the fault with the appearance of the first signs in 2014 are now busy searching for the answer to this question. The so-called calving of icebergs is a natural geophysical process, and the Earth is not rare: it is possible to compare it with the growth of nails, which will eventually break off due to its length. However, this time the event is of such unprecedented proportions that could reshape the geography of the entire Peninsula.

In addition, the fault is likely triggered by climate change, scientists worry about the fact that what is happening on the glacier Larsen With flowers may seem in comparison with what is to come in West Antarctica. The flow of the rising air and high temperature water to weaken the formation of ice on the top and bottom, and Thomas Wagner, Director of the polar research program of NASA, I am sure that this picture will be repeated across the globe. 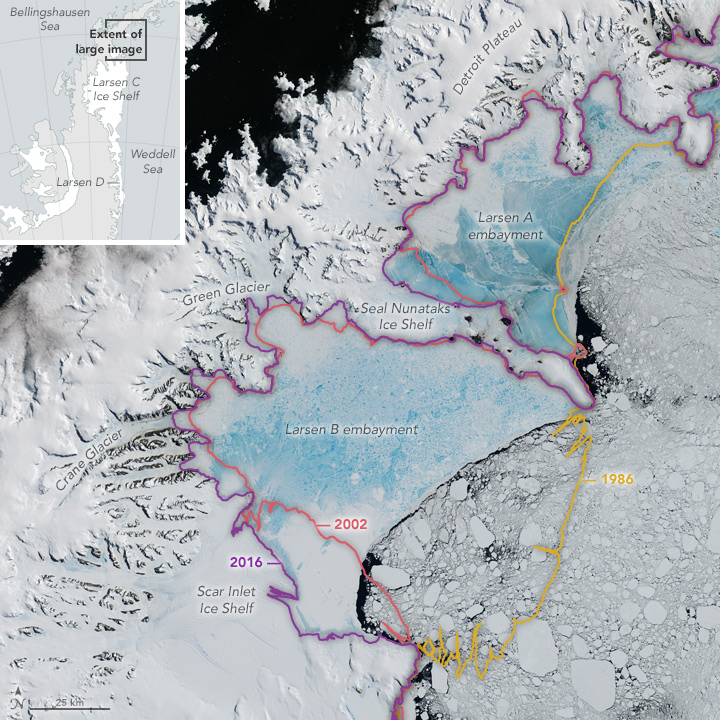 Diagram of how over the past decade has changed dramatically the glaciers at the tip of the Antarctic Peninsula. The historical picture, and color lines — the modern borders of the collapsing ice

More than 160 km in length, up to a mile in width, elongated in the length of 5 football fields a day — break on the glacier Larsen With amazing. He first appeared on the Eastern front, Antarctica in 2014, and then made his way through the plot of soft, plastic ice. The dynamics of the fault was fairly typical: he was moving erratically, speeding. The good news is that the collapse will not affect the rise in sea level, so nothing to worry about it not worth it. The danger lies in something else: a radical change in the landscape is not only a danger to the unique Antarctic fauna, but also provoke further disintegration of glaciers, first the neighbor, Larsen A and B.

As already mentioned, the collapse of the ice shelf Larsen C may be a harbinger of similar changes affected and other vulnerable regions of West Antarctica, especially the estuary of the Amundsen sea. Warming of water in this region has already caused the melting of large glaciers, and this is cause for concern — total they contain the volume of water that can cause increasing sea levels by 3.3 meters, which for many areas would be disastrous.