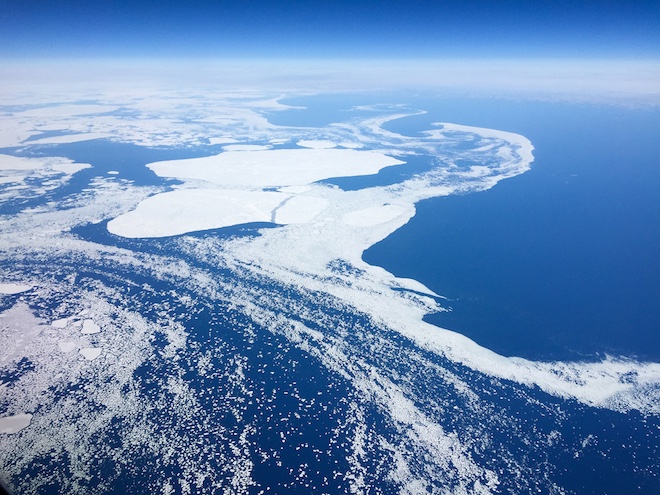 It has long been no secret that the sea level is rising because of the melting of massive ice sheets covering Greenland and Antarctica. However, a new study shows that the impact of this melting will not be limited to sea level changes, but will have even greater consequences for the global climate.

According to the results, the sea level is increasing unevenly throughout the world. Its growth has significant spatial variations, especially along with retreating ice shields. A study using a numerical model of global tides has shown that tidal changes caused by the destruction of the ice cover and associated changes in sea level will vary greatly and affect a number of different important processes.

“Currently, tides play a key role in maintaining large-scale ocean currents that redistribute heat from the tropics to higher latitudes and are responsible for the mild climate in the UK. The forecasts presented by the new model show that the destruction of ice sheets will significantly affect the global tides, which in turn affect the currents systems that are of great importance for our climate, “explained the lead author of the study, Dr. Sofi-Berenis Wilmes of the University of Bangor .

Global changes in tides will also have a profound effect on a wide range of other ocean functions, for example, on its sites that absorb carbon dioxide from the atmosphere, as well as ecosystems of temperate shelf seas surrounding the continents.

“The disappearance of polar ice shields in the conditions of climate warming will cause fundamental changes in the Earth system, and we are just beginning to understand the consequences,” said Natalia Gomes, a co-author of the work of McGill University.

“The new results underscore the importance of taking into account changes in tides caused by sea level changes in response to loss of ice cover, future climate projections and reconstructions of the past global climate,” said project manager Dr. Mattias Green of the School of Ocean Sciences.