The melting of underwater permafrost on the Arctic shelf accelerated 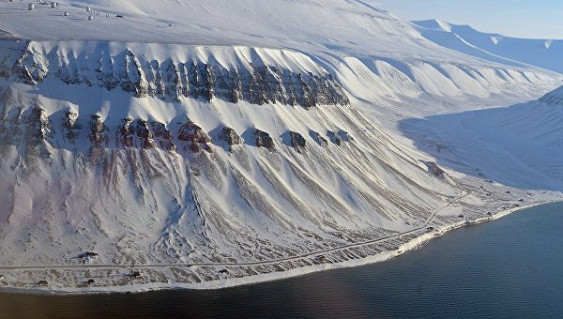 Scientists of the Tomsk Polytechnic University (TPU) have established that the thawing (degradation) of the underwater permafrost on the East Siberian Arctic shelf over the past 30 years has accelerated to 14 cm per year, which is an order of magnitude higher than previously thought. This could threaten a significant increase in the yield of greenhouse gas on the surface, the press service of the TPU said on Wednesday.

“Based on the repeated drilling of four wells carried out by the Permafrost Institute of the Siberian Branch of the Russian Academy of Sciences in 1982-1983, scientists have proved that the vertical degradation rates of underwater permafrost in the last 30-year period reach 18 cm per year (mean 14 cm per year) Which is about an order of magnitude higher than it was previously thought, “the report said.

Previously it was believed that the bulk of the underwater permafrost of the shelf of the seas of the Eastern Arctic – the widest and shallowest shelf of the World Ocean – is continuous, which eliminates the possibility of destabilizing methane hydrates. For this reason, experts from the Intergovernmental Panel on Climate Change (IPCC) have previously ruled out the possibility of massive methane emissions (the second most important greenhouse gas) from the bottom sediments of the seas of the Eastern Arctic.

The study of Tomsk scientists refutes this assessment. It is established that the bubble flow of methane from bottom sediments into water can vary from milligrams to tens and hundreds of grams per square meter per day, which leads to an increase in the concentration of greenhouse gas in the atmosphere to values ​​two to four times higher than background concentrations.

“The results of our study give a fundamentally new knowledge about the mechanism of processes responsible for the change in the state of underwater permafrost on the East Siberian shelf, which, according to various estimates, is concentrated to 80% and more of the entire underwater permafrost of the Northern Hemisphere, under which there are huge hydrocarbon reserves in Form hydrates, oil, free gas.

In the future, based on this data, the approaches to studying the state of underwater permafrost and its mathematical modeling will be revised and changed, which is extremely important for reducing geo-risks arising from exploration and industrial drilling, “the press service of the university quotes the words of the head of the International Carbon Laboratory of the Arctic Seas TPU Igor Semiletov.