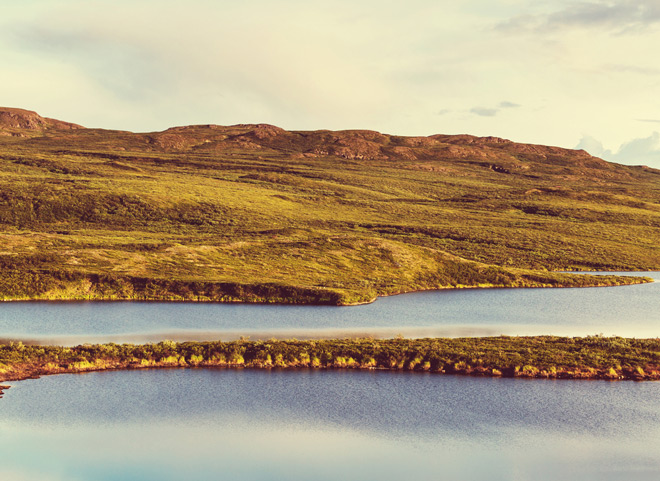 Monitoring changes in the number of wetlands in the regions where permafrost is melting should be one of the most important places in the complex efforts to predict the future rate of climate change, new studies indicate.

The melting of permafrost is caused by global warming, which heats the northern high latitudes faster than other parts of the Earth. The release of permafrost carbon into the atmosphere can accelerate the rate of climate change. If even a small fraction of the carbon is released as methane (CH4), a more potent greenhouse gas than CO2, then the feedback becomes even more significant.

On Earth, there are about a million square kilometers of peat bogs from melting permafrost, where approximately 20% of the total permafrost carbon stocks are stored, which is predicted to melt already in this century. The rate at which frozen organic soils can potentially decompose is five times greater than for frozen mineral soils. In this case, peat after thawing is likely to be disproportionately filled with water, which will create favorable conditions for the release of methane.

In a new study, scientists measured the release rate of methane from melting peatlands in the boreal region of northern Canada. Permafrost in these ecosystems leads to the formation of wetlands, which can be the main sources of methane. However, contrary to expectations, with decomposition of ancient plant material, which was contained in permafrost, very little methane was released. Its main source was a new organic substance, derived from vegetation, which colonized these wetlands after the thawing of permafrost.

“We found that with thawing permafrost, methane emissions from northern peatlands are more due to changes in wetland scale than methane production from the decomposition of previously frozen organic matter,” said Dr. Ian Hartley of the College of Life Sciences and the Environment The environment of Exeter University.

Scientists consider it necessary to improve the ability to monitor and predict future changes in the scale of wetlands. “For this purpose, satellites can be used, but predicting the location and time of thawing in permafrost areas – and, consequently, the development of wetlands – remains a challenge. Melting is associated with an increase in temperature, but since vegetation and soil isolate permafrost, forecasts should also take into account the effects of climate change on vegetation, “said Professor Matthew Williams of the University of Edinburgh School of Geophysical Research.

It is expected that in the 21st century the warming of high-latitude forest and tundra regions will continue, leading to the melting of vast near-surface layers of permafrost. This, in turn, will provoke ecological and biogeochemical changes that will also affect climate change and the environment. Some areas of permafrost will be wet on the surface, while others will be drier. According to scientists, the allocation of such areas is important for predicting greenhouse gas emissions.