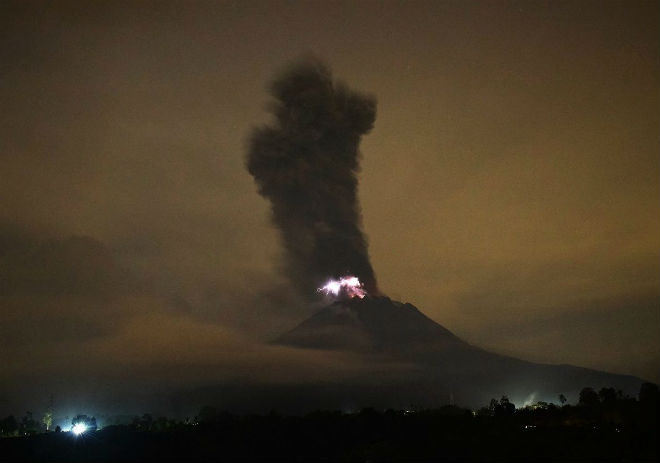 The most active in Indonesia Merapi volcano, located on the island of Java, on Monday morning threw a column of ash.

A column of ashes rose to a height of 1200 meters. This is three times the eruption of the volcano in the last two weeks.

According to Sutopo Purvo Nugroho, spokesman for the National Agency for Mitigation of Natural Disasters of Indonesia, ash falls in several villages. He also added that the threat level due to the release was not raised and an eruption is not expected in the near future.

There were no reports of victims. The activities of the Adi Sucepto International Airport in Yogyakarta were not affected.

The eruption of Merapi on May 11 forced the authorities to evacuate residents of a number of settlements.