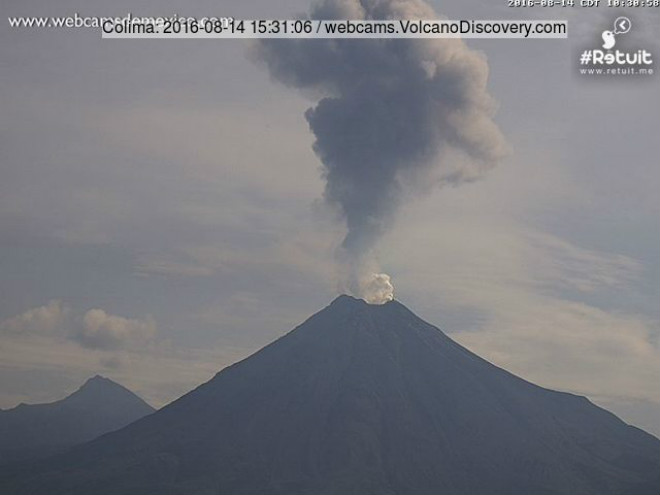 The activity of Colima volcano, seem to have increased. Several explosions occurred on August 14, producing plumes of ash height of 4-6 km, which spread in the West.

In the intervals between eruptions, degassing is visible from several vents within the summit crater where a small lava dome probably continues to grow slowly).

Colima volcano shows more active since July of last year. On Christmas eve he shot into the air with chunks of red molten rock. Mexico is home to more than 3 thousand volcanoes, but only 14 of them are active.