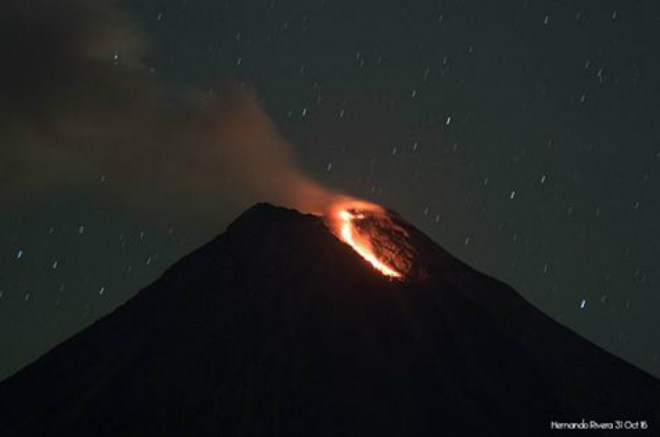 The activity of the Colima volcano is now characterized by the slow extrusion of viscous lava. The lava flow on the upper southern flank is still active, its length is about 500 meters. The lava flow is moving very slowly, a small glowing avalanches detach from the front. Explosive activity is minor, limited to rare and very weak strombolian-type explosions at the highest level of the lava dome.

The volcano is located in Western Mexico between the States of Colima and Jalisco and is one of the most active in the country. About 350 local residents living around the volcano in the localities of La Yerbabuena and La Becerrita were evacuated because of the danger of the small neighboring villages at the end of September.