The most vulnerable to natural disasters cities in the world 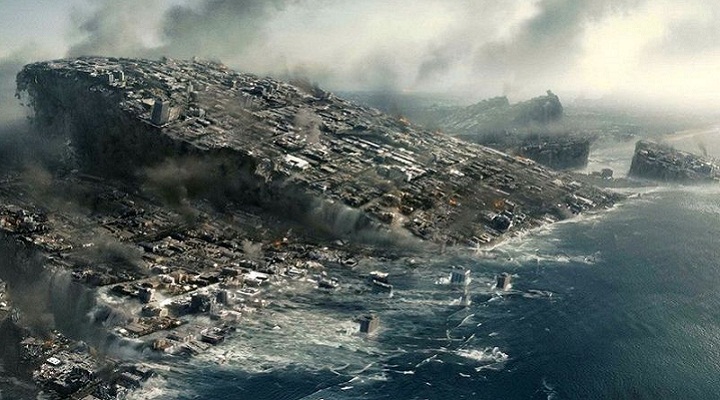 Every year more and more people tend to live in comfortable cities. Well, if these settlements are located in safe areas. But some of them are built in potentially dangerous areas, exposed to the constant threat of flooding, earthquakes, volcanic eruptions and other disasters. We offer you a list of the most dangerous cities in the world that can be fully or partially destroyed by natural disasters.

The greatest threat to Los Angeles represent the earthquake. Passing near fault San Andreas fault can lead to catastrophic quake, which would entail the destruction of buildings and loss of life. Rumors that in the case of large-scale seismic events California off the continent and fall into the sea, greatly exaggerated, but the damage can be very high.

Like Los Angeles, San Francisco refers to the dangerous city in the world can suffer from earthquakes. Call it able as the San Andreas fault and the Hayward fault, running along the East coast of the Bay of San Francisco. In the city a lot of old infrastructure that is aligned with the earth. Do not expect a large tsunami destroying the Golden gate (as in the movie “the Fault San Andreas”), but surely after the push will be chaos, as it was after the earthquake that shook the metropolis in 1906.

The biggest danger for the city – the earthquake and the following tsunami. Nagoya is inhabited by more than 2 million people who are very concerned about the town’s location on the direct route to large waves from the Pacific ocean. In addition to the aftershocks and tsunami, the settlement threatened three natural disasters river floods, storm surges and wind storms.

Tokyo may suffer from seismic events and tsunamis. The Japanese capital, with its huge population (more than 13 million people) is located on the Pacific ring of fire and constantly exposed to the threat of major aftershocks. In 1923 during the so-called “Great Kanto earthquake” the city has lost all stone buildings were destroyed and half of the subsequent fires. Then the Japanese government even considered the possibility of moving the capital, but in the end, Tokyo has retained its status.

The town of Hilo, Hawaii is located in the vicinity of the largest terrestrial volcano is Mauna Loa. During its giant eruption emits more lava than all the other Hawaiian volcanoes. In 1984, his lava flow almost reached Hilo, located just 7 km from the city borders. Fortunately for local residents, the lava is flowing very slowly, so they will be able to evacuate. Another danger for the city is a tsunami. In 1946, about 160 people died in the big waves came from the Aleutian Islands, and in 1960 more than 60 residents were victims of the tsunami that was formed after the earthquake in Chile.

Located near the national Park “Masaya”, the Nicaraguan capital is not in the best position than hill. A major eruption of Masaya volcanic complex, consisting of numerous craters and nested calderas, can cause considerable damage to the city. The giant has erupted in 2001, 2003 and 2008, and scientists expect that he may again explode at any time. In addition, from the active Santiago crater, located within one of the calderas are constantly released large amounts of sulfur dioxide and other gases that can cause acid rain and, as a consequence, health problems of the people.

Many still remember hurricane Katrina, which struck the coast of Louisiana in 2005 and led to the deaths of more than 1.5 thousand people. The danger of new flooding in New Orleans are still high. Despite the fact that his dam was restored, and the infrastructure has undergone a major upgrade, a significant part of the metropolis has no fortification protection. In addition, in the region, a decrease in the level of the soil and rising sea levels, which together is a bad combination.

Within the beautiful Naples are just two of the dangerous volcanoes that together or separately can completely destroy the city. To the South-East stands the famous mount Vesuvius, well known for its destruction of Pompeii and Herculaneum in 79. To the West stretches the Caldera Campi-Flegrei, which in recent decades shows increased activity, and in the 1980s actually was on the verge of eruption.

Wellington is often subjected to storm winds and earthquakes, but the biggest threat is the tsunami that may be caused by underwater landslides in the canyon-cook Straight. The collapse of the seabed can lead to a 10-meter wave that reaches the coast within 10 minutes.

The largest city of New Zealand is located on a volcanic field consisting of a large number of lava domes, shield volcanoes, MAARS, scoria cones. The last eruption in this area occurred about 600 years ago and led to the formation of the volcanic Islands of rangitoto island. According to recent studies, a new eruption in Auckland can happen in the next 100 years.