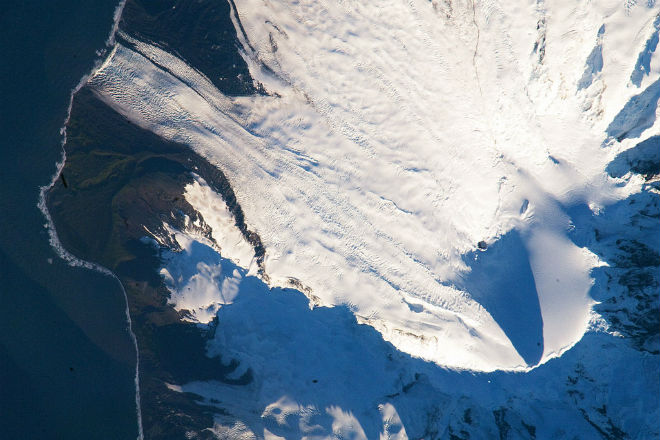 A new eruption recorded at volcano Mawson, located on the Australian heard island. This volcano forms the top of the island herd, its height is 2750 meters above sea level. In Australia it is the highest point. 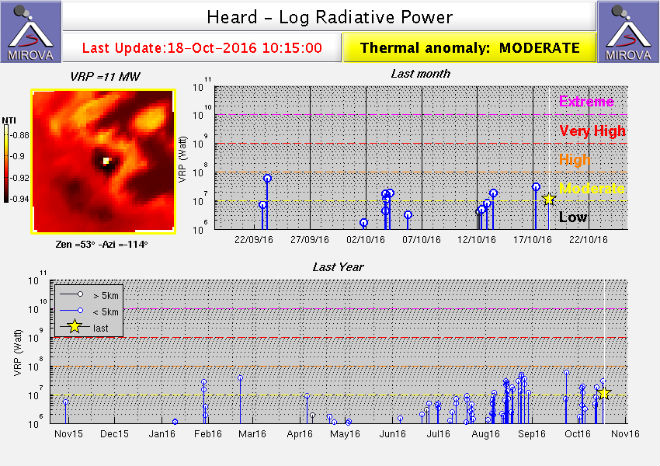 The heard island and MacDonald island is a small neobitaemyj in the southern Indian ocean. Consists of two main Islands, heard and McDonald, and many small outlying islets, rocks and reefs. They are all external territories of Australia.

The heard island is a summit of an underwater volcano Kerguelen plateau and is 43 kilometers long and 21 kilometers wide. Mawson peak — the highest point of the island, height above sea level is 2745 meters. This is one of two active volcanoes and at the same time the highest point on the territory belonging to Australia. About 80% of the herd covered in snow and ice, which form the character of the coastline of the island. The area of the island is 368 km2.

MacDonald island is small and rocky, is located 44 miles to the West, also of volcanic origin. Its highest point 230 meters above sea level. The island is bordered by steep cliffs, and formerly consisted of two parts — the Northern plateau and the southern steep of the hill Maxwell hill, connected by a narrow isthmus. The area of the island is 2.5 km2.

Of the remaining Islands of the archipelago the largest island Step island, and Morgan island, cliffs of Sail and black are in 10 kilometers to the North of the herd, and the island Flat island (now part of MacDonald) and Meyer rock-Rock — just North of McDonald. The total area of all these glimpse of the Islands and rocks is 1.1 km2. Part of the territory also includes all territorial waters within 12 nautical miles from the coastline. Along with these Islands, the total area of the archipelago is 372 km2.