The mudflow has descended in Colombia 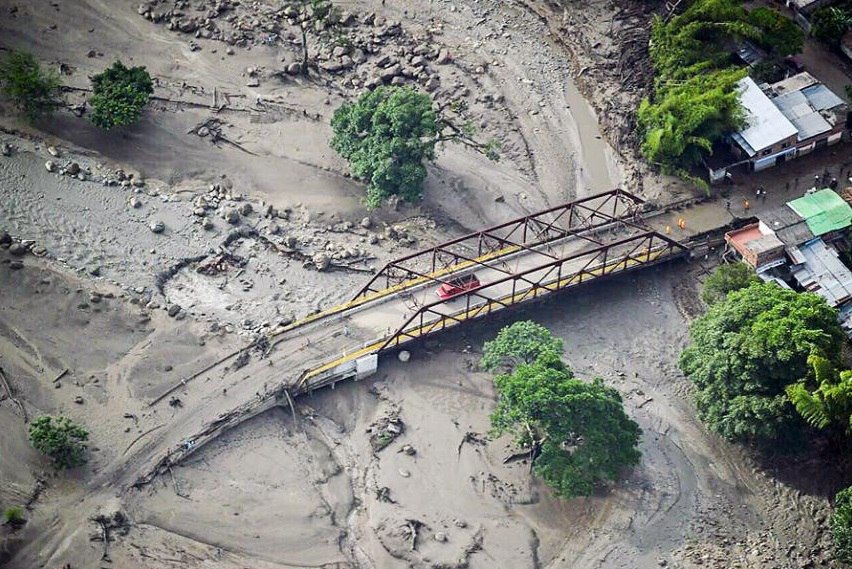 Heavy rains led to a mudflow in the south-east of Colombia. A powerful mudflow flooded the Colombian city of Corinto. As a result, verses suffered six quarters, dozens of houses and social facilities were destroyed and damaged.

At least 9 people were killed, 19 are missing, another 28 local residents were injured.

The mudflow was caused by torrential rains that have not stopped in the region for a long time. According to eyewitnesses, at first they heard a loud rumble from the side of the river, and then came down a powerful mudflow that flooded many buildings. He washed and carried everything in his path: furniture, household appliances. Some residents of Corinto managed to escape, climbing to the second floors and roofs of houses.

In addition to Corinto, due to mudflows and landslides, other nearby cities also suffered. About 40 houses were destroyed, dozens damaged and flooded. Several thousand people were evacuated because of the threat of new landslides.

To help local residents in the areas affected by the disaster sent to the military and police, in the analysis of blockages involved in heavy equipment.