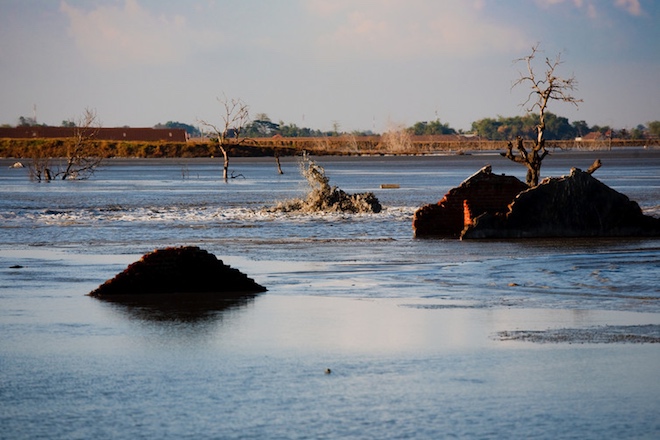 The most devastating mud volcano was formed near the city of Sidoarjo on the island of Java in Indonesia more than 11 years ago – and to this day it does not cease to erupt. The mud volcano of Lucy began its eruption on May 29, 2006, and its peak throws out 180,000 cubic meters of mud every day, flooding neighboring villages with a 40-meter layer of viscous and foul-smelling substance.

The most serious event of this kind took 13 lives and destroyed houses where 60 thousand people lived. But although the dirt gushes for more than 11 years, scientists have not found the cause of the appearance of the volcano. The main versions of Lucy’s origin are the unsuccessful drilling of the Banjar Panji-1 well and an earthquake that occurred a few days before the mud volcano began to erupt.

Given the huge impact of the volcano on neighboring communities and fields that have been a source of income for people, why do we still not know the reason?

Mud volcanoes are often found on Earth, there are many of them all over the world. They come in different shapes and sizes and behave like their brethren that erupt in molten rock, alternating long periods of inactivity with periodic violent eruptions. Mud volcanoes, however, spit out not a molten hot lava from the earth’s mantle, but a cold mixture of gas, water and solid particles.

The most spectacular examples of mud volcanoes are in Azerbaijan, where their size can be equal to a small grief. Usually, mud volcanoes occur at the junctions of tectonic plates, as well as under water in river deltas, where sediments accumulate, creating an unusually high pressure under the ground. The mud mixture pushes the lifting gas it contains to the surface. Usually, mud volcanoes grow slowly, layer by layer. What happened in Sidoargo in 2006 is unique. Lusi is the fastest growing mud volcano that has flooded surrounding houses, factories, temples and schools with a foul-smelling, mud-like emulsion. 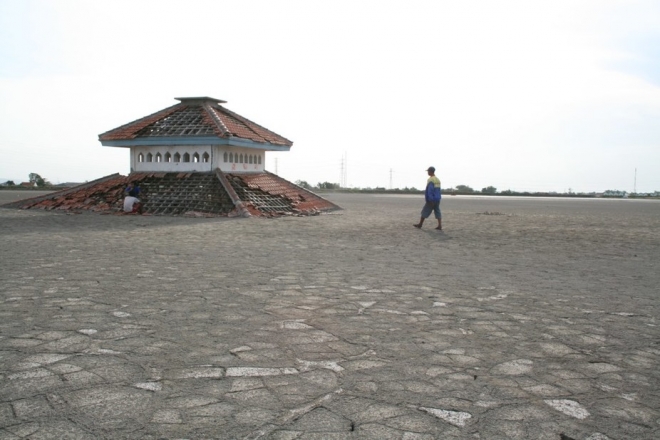 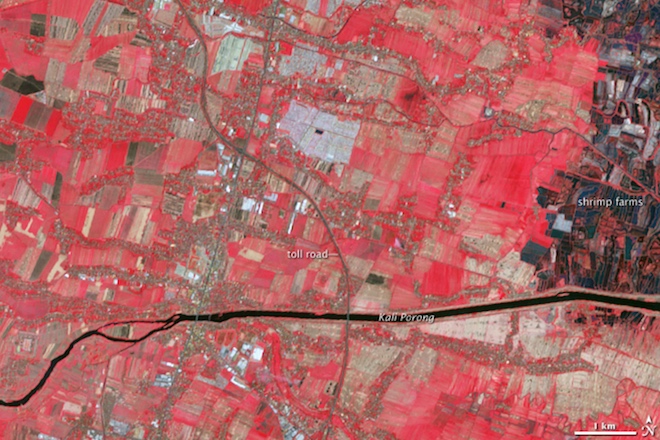 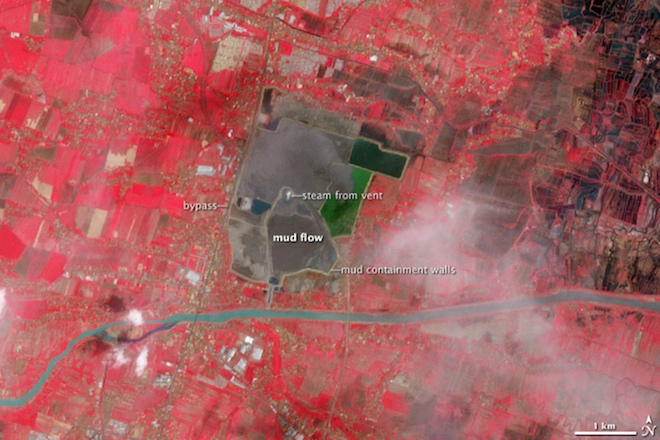 The study by Stephen Miller and Ariano Mazzini (“More than 10 years of Lucy: a review of facts, coincidences, past and future studies”), which consider both versions of the formation of a mud volcano, supporting, however, the option of an earthquake.

So, how did the events unfold if a well was blamed for the occurrence of the volcano? During drilling, water from the surrounding rock entered the Banjar Panji-1 well to a depth of 2,834 meters. The well was reinforced with steel and cement only to a depth of 1,743 meters. The water pressure was sufficient to cause the surrounding rock to crack or increase existing cracks. Mixed with underground mud from the Calibang formation, the sealed water and mud broke through to the surface through a crack, forming a mud volcano of Lusi just 200 meters from the drilling site.

Consider the version with an earthquake. The underground thrust in Yogyakarta with a magnitude of 6.3 occurred May 27 at 260 km from the present volcano Lusi. The earthquake has set in motion a layer of mud in the Calibang formation, forcing it to reach the liquid state and rise to the surface under pressure.
The mystery of the origin of the mud volcano Lusi is not disclosed – and the volcano continues to throw out daily muddy mud.