The Negro River reached a record high in Manaus, Brazil 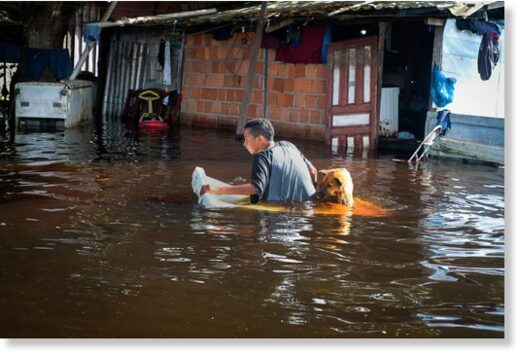 This is the highest level ever recorded at the port’s gauging station, breaking the previous record of 29.97 meters set during the 2012 flood.

Fifteen areas of the city were affected. Homes were flooded. More than 2,000 food parcels have been distributed to affected families over the past two weeks.

Residents are forced to move around the city on wooden walkways and bridges. The government said the military and Civil Defense teams have built more than 9,000 meters of temporary walkways since the flooding began.

According to the latest figures from the state Civil Defense, 455,576 people were affected by flooding on the Negro, Amazon and Solimões rivers and their tributaries. Fifty-eight of the 62 municipalities were affected. A state of emergency was declared in twenty-five municipalities.